So That Went Well

Share All sharing options for: So That Went Well

The Kings "won" their arbitration case against Mike Cammalleri, locking him up for 2 years at $3.1 and $3.6 million dollars a year. This is awesome. I was hoping that they would have been able to get him for $4.5 million, and praying that we got him for $4 million. To get him for that price is fantastic, because now it frees up money to sign the other young guys and to sign another free agent with the money we’ll get when Rob Blake’s contract runs out. This is very good for the future of the Kings. 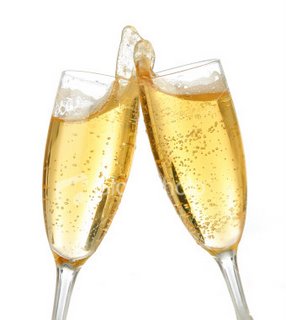 From what I can piece together, Lombardi argued that Cammalleri’s contract should only be determined by what other restricted free agents have been given, not by unrestricted free agent contracts and offer sheets. I’m sure he pointed to Alex Frolov and Jonathan Cheechoo’s contracts as starting points for Cammalleri’s. I’m sure he also pointed out that while Cammalleri is 25, this is only really his 4th year in the league. Whatever he said, the arbitrator obviously agreed with him. (I personally like to think he gave a impassioned speech like Matthew McConaughey at the end of "A Time to Kill.") I feel like carrying Lombardi around on my shoulders, that’s how proud I am of him.

Some people are mocking the fact that Cammalleri asked for $6 million in the arbitration hearing, but I’m not going to. I doubt he actually thought he deserved that kind of money, but why not ask for it? He’s a good young player, and he’s going to make millions more in his career. And I think people aren’t giving Cammalleri nearly enough credit when they say that this will create bad blood between him and the Kings. The Kings did not say anything bad about him in the arbitration hearing and they didn’t ultimately decide his salary; what would he have to be mad about? He’s an adult (although he admittedly doesn’t look like one) and I’m sure he’ll be just fine. If he feels like crying, he’ll have $3.1 million to wipe away his tears. Don't feel bad: maybe you just got paid by the foot.

I also don’t think this changes anything between Cammalleri and the Kings, either. Cammalleri has one year to prove that he’s deserving of elite player money, and if the Kings don’t think he’s done it, they’re probably going to look to trade him at the deadline in two years. I’m sure Cammalleri will want to test the free agent market in two years, because that’s the smart thing for him to do. I don’t ultimately see him in our long-term plans, and I don’t think Lombardi does either, but it’ll be nice to have him for the next two years.

What this does affect, however, is the attitudes of the other young guys. A guy like Dustin Brown or Patrick O’Sullivan may be a little quicker in signing a long-term deal because of what happened to Cammalleri. They may figure that they might as well save themselves the hassle and sign a team-friendly deal because at least they get to dictate the terms of their deal. At least, that’s what I hope. Now sign that 10 year, $10 million dollar deal, Anze!

Oh, and one more thing: eat it, Edmonton. We signed our best player to a two-year deal for a combined $6.7 million, while you get monolithic Dustin Penner for $4.25 million dollars a year for five years. It’s amazing what can happen when you have a competent general manager.