You've Got To Be Kidding Me

Share All sharing options for: You've Got To Be Kidding Me

Mike Myers has a terrible new movie in production where he plays some sort of love guru who grew up in India or some shit, I don't know. Anyway, he serves as a counselor to a hockey player (who plays for the Maple Leafs) and his wife. The hockey player's wife tries to hurt her husband by dating a rival hockey player, played by Justin Timberlake. That's bad enough, but that's not even the worst part: Justin Timberlake's character will be a member of the Los Angeles Kings. I know some of your brains might not have been able to process that information (I know mine couldn't), so let me say it again: Justin Timberlake will be wearing a Kings' uniform. It's all over folks. Make your peace with relatives and with God, because the end times are upon us. 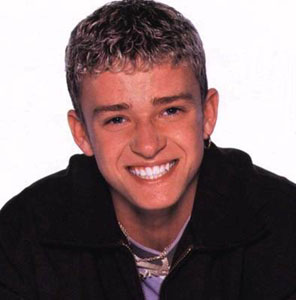 
I thought "Dick in a Box" was kind of funny, but there's no way Justin Timberlake has nearly enough credibility to play a hockey player. He looks like a hot chick for fuck's sake. Have you seen him in a picture where he doesn't look like he's about to cry? I'm doubly outraged because I know the Kings are in the movie because Myers is still pissed about the '93 Western Conference finals. (He's a Leafs fan.) And now I'm going to have to watch as my team's jersey is soiled by the chairman & CEO of Douche Bags, Inc.? Fuck that. I will do everything in my power (read: type angrily) to prevent the release of this filth. Who's with me?

Damn you, Mike Myers: first you cause my dad to imitate Austin Powers (which was probably the scariest thing I've ever seen), and now this. Fuck!