Let's start this season off with a little class and culture, shall we? Before any blood spills, I mean.

L isten, dear readers, to the ballad at hand,
O f a Battle of California in a far distant land,
N ow the choice of location might strike you as odd,
D ucks and the Kings playing hockey abroad,
O 2 Arena—a new chapter ensues,
N ine in the morning—a great time to booze!

O ne team comes searching for answers in net,
P erhaps a teen rookie instead of a vet?
E lsewhere the cup champs begin their defense,
N ervously watching the retirement fence.
E ngland’s a strange place to stage the attack,
R eady or not, though, hockey is back! 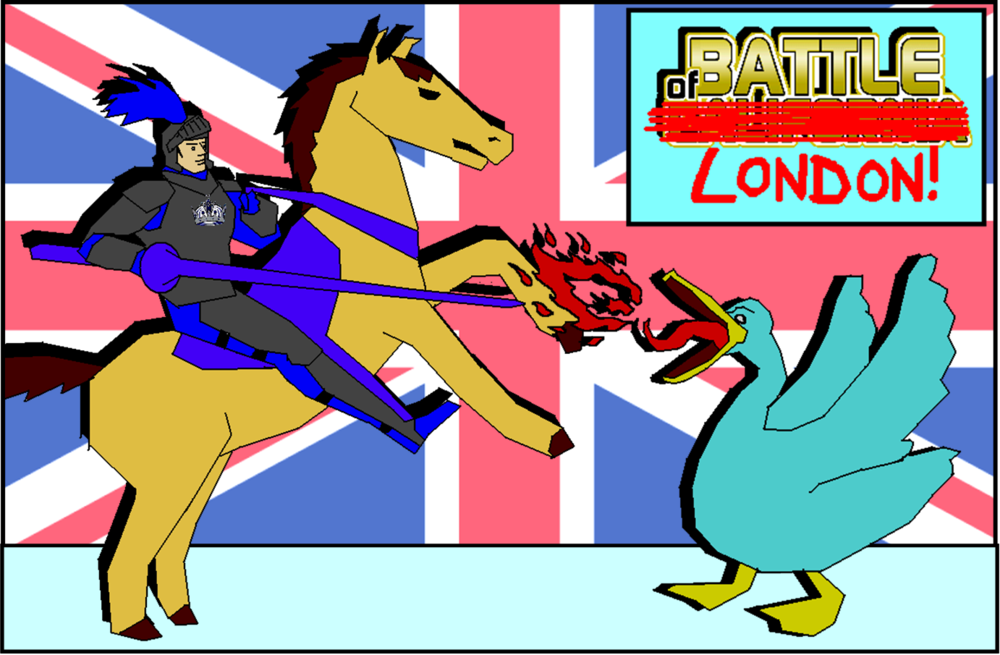 Make sure you guys tune in later for Rudy's liveblog; I'm anxious to see a guy start crying before noon. All I'm going to offer is a little perspective from last year. These two teams met up for the season opener in Anaheim, and do you remember who scored the first goal of that game? 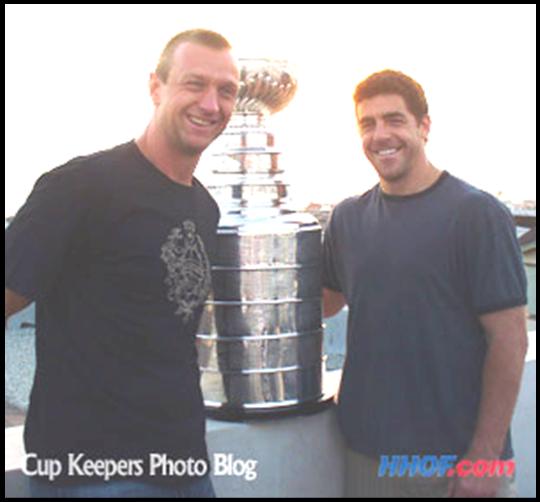 Hint: it's the guy in this photo that didn't just win the cup.

The only problem was, Rob Blake scored into his own net. And that's how the BoC's season started. That early mishap seemed innocent enough, but some will argue it set the momentum for the rest of the year; the Ducks continued to find ways to win while the Kings regularly found ways to shoot themselves in the foot.

Well it's a clean slate: a new season with new personnel in a new arena on a new side of the Atlantic. The 2007-08 season promises to be an awesome one in the BoC (especially once it gets to California!)—so let's get this bad boy started.

Prediction: I'm a little stumped what to predict with Pahlsson out of the lineup, so I'll just go with the goal scorers from last year's opener: Ducks 4, Kings 3. Perry gets credit for Blake's own-goal; McDonald, Getzlaf, and Kunitz also score. For the Kings, Kopitar scores two and Visnovsky gets one, making the day a fantasy success.

p.s. If anyone spots a girl in a green shirt in the crowd sitting next to a really tall guy in a Brodeur jersey, yell "Mags!" She's the only one I know at the event, and may provide a firsthand perspective if I'm persuasive enough.

The blog's all yours, Rudy. Go Ducks.