The burning question: How funny is evil?

Share All sharing options for: The burning question: How funny is evil?

Well, not too much to report from last night’s SJS 1 – ANA 0 preseason game that isn’t being capably reported elsewhere. It certainly wasn’t the most exciting hockey game, but I think it indicates that preseason or not, the Sharks and Ducks take each other quite seriously.

But hey, I’m stalling. My real burning question has to do with our new goaltender Jonas Hiller, who played a serviceable 60 minutes and could replace Ilya Bryzgalov as Anaheim’s backup this year. Last night at the game we had a good debate about assigning Hiller a nickname. The hilariously-offensive suggestion? Hitler. Now I know that there are hundreds of super-valid reasons why we shouldn’t go down that road, but I have to admit, I had a great time last night with the drinky catcalls "Nice save, Hitler! Watch that five-hole, Hitler!"

So I guess I’ll leave it to the readership. If I need a good talking-to about the appropriate use of historical mega-villains, let me have it. If you think the inappropriateness makes it all the more hilarious, I’m all ears. If you’ve got a better suggestion that will get me out of this debate, I’m certainly open for one. And if you think that this nickname should be reserved strictly for Kings assistant Dave Lewis, I’ll take that into consideration.

Hitler—yay or nay? Rip me a new one in the comments.

LATE NIGHT EDIT: OK, OK, the Swiss have spoken. Hitler's a no-go. I shall instead stick with his more common nickname "The Killer" instead.

Sorry for any drunken insensitivity, Markus. I'll offer this as a peace offering (hopefully you're a Chow Yun-Fat fan): 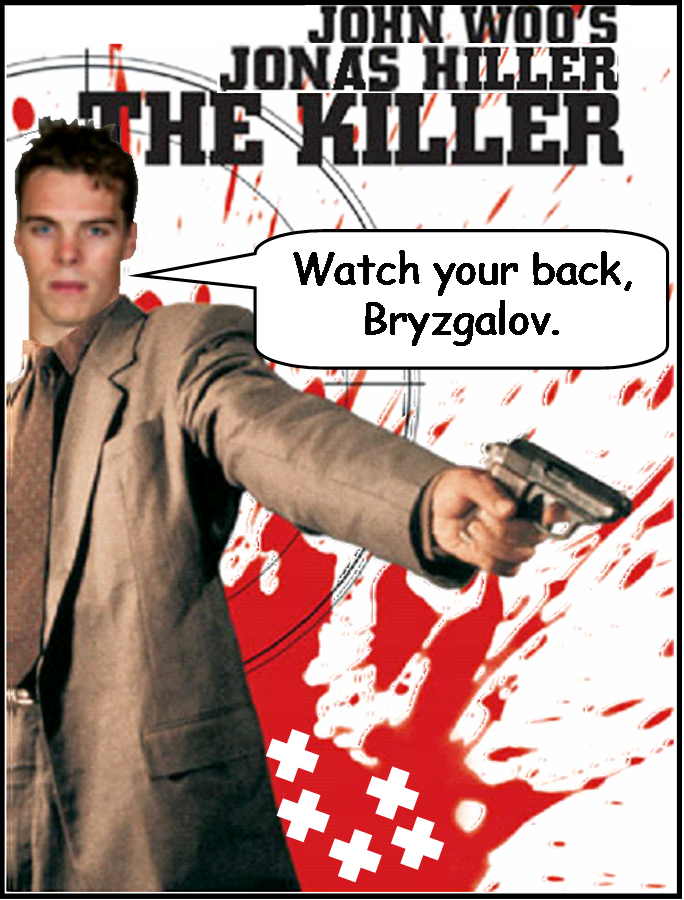