Dancin' in the Streets

Share All sharing options for: Dancin' in the Streets 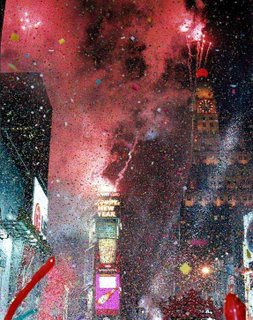 Dan Cloutier has been placed on waivers. There's a 24-hour waiting period to see if anyone claims him (ha!) and then he'll probably get sent to Manchester. I don't know how I missed this, but thank you Earl. More to come when I actually know what's going on.

Okay, I've had some time to think about this. Here's 3 things I think we can definitively say at this point:

1) Cloutier is not fully healed. I think Dean Lombardi watched the first few games and realized that Cloutier is not quite 100%. Cloutier suffers from "Eric Gagne Syndrome," where he thinks playing through pain will make him look tougher when all it really does is hurt the team and him in the long run. There's no point in him working off his rust up here in L.A., so we might as well let him do it in Manchester. (Sorry Manchester, your loss. I guess that's what you get for living in New Hampshire.)

2) Jonathan Bernier is going to get a shot. He's been the best goalie in training camp by most accounts, so it's only right that he be given a chance. Plus, they already said that they'd take three goalies to Europe. He might not play in London, but he'll definitely be allowed to make his case. I can imagine him and Labarbera splitting time for a while, with Aubin playing the role of back-up.

3) Dean Lombardi is my hero. Sending Cloutier down takes balls. Even though it was the right thing to do if Cloutier was still injured, I can't think of too many other GMs in the league that would do that. I know he made a mistake in giving Cloutier an extension, but every GM will do that; the key is to not compound the mistake by refusing to recognize it. I worship the guy, but this does not seem like something Dave Taylor would have been willing to do.

I never actually thought that the Kings were going to give Bernier a shot because Lombardi has a history for bringing his goalies along slowly. I guess I was wrong. Kudos to loyal reader dbushik, for calling it about a week ago. Let's see how he does.

Update #2: This isn't really an update, but I just wanted to point out that they have highlights from last season over on espn.com. I'm so excited about the season that I'm not even going to get mad that they didn't have one Kopitar goal from last year. (But I mean really, come on...) My personal favorites? Jordan Staal absolutely embarrassing some Philly defenseman (if it were an And 1 game, they would have made the guy leave), Phaneuf's hit on some Senator (I think the guy's a little overrated but he completely stops the other guy's momentum), and the 2nd Ryan Miller flying stick save because he not only stops it but then keeps it from rolling in while still in the air (maybe they should just shoot it on the ground next time). I also like seeing Brodeur doing the ol' half-butterfly to the stick side; you don't really see that anymore.