Share All sharing options for: The Never-Ending Story: Indecisionmayer 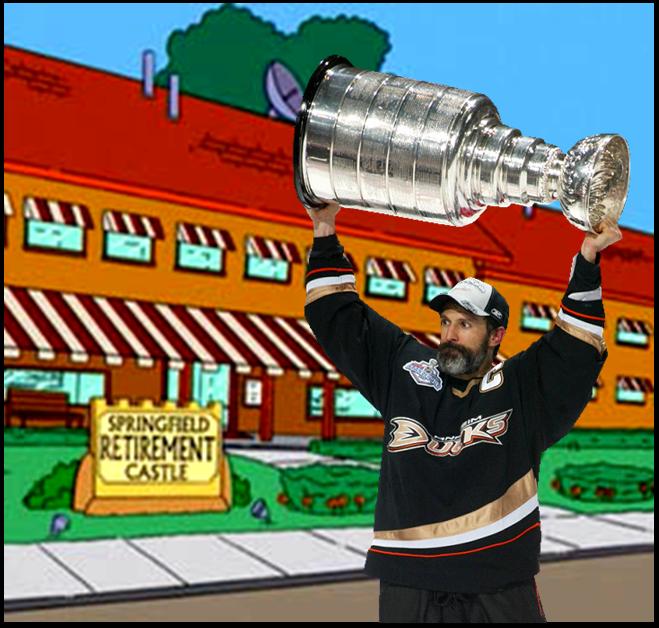 Well, more on Niedergate: the wavering one has called a press conference for 10:30 am this morning, but word on the internet is that he will essentially tell us nothing. Per the OC Register, Scott will miss the start of training camp, but other than that his future is no more clear than it was in June: "Maybe I’ll be in camp in a week, or for that matter, I could never put on skates again."

And while Ducks fans and non-Ducks fans alike fret and stew and wonder and wait, I gotta side with Brian Burke on this issue: "I think there's a misperception out there that this is somehow inconveniencing us. And it's not. We want this player to return. The phone call we don't want is that he's going to retire. The fact he's undecided and this might stretch into the start of the year, this is not a crisis mode for us. This is good news. Because it means he hasn't made the one phone call we don't want him to make."

This Globe & Mail piece lays out the salary options on Niedermayer pretty well: so long as there's no 'agreement' with Niedermayer as to the timing of his possible return, the Ducks can suspend Niedermayer for missing camp, and however long Scott stays out, his $6.75 M salary will not have to be paid nor will it count against the salary cap.

If anything meaningful is said during the press conference, I will add it to this post. In the meantime, though, here's three takeaway thoughts:

So yeah, this non-news isn't troubling me as much as maybe it should, but your reactions are welcome in the comments.