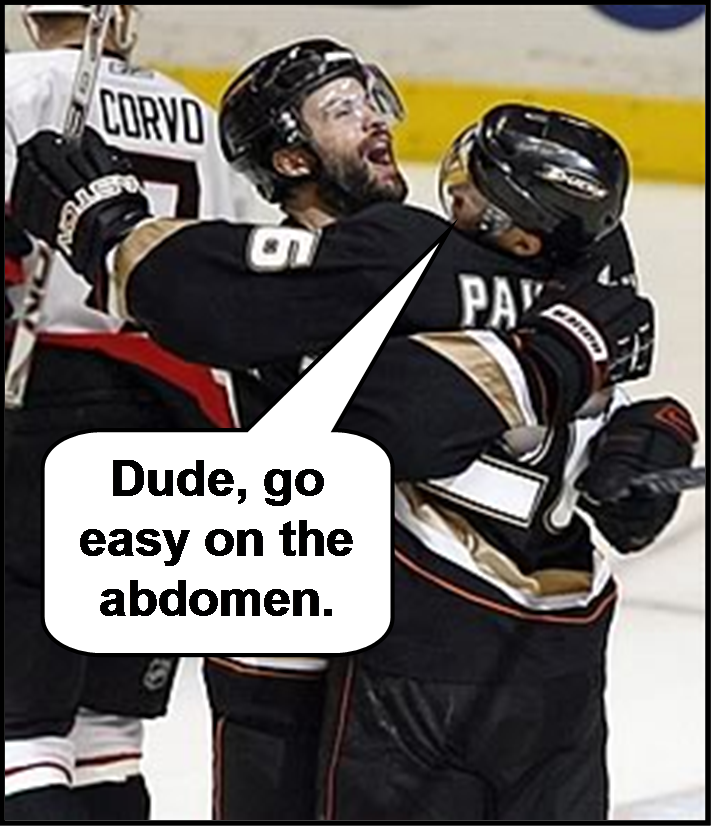 "Sammy went through abdominal pain throughout the playoffs, but the recommendation was rest....We anticipate if he misses any regular season time, it will not be a lot."

Pahlsson hasn't missed a game since 2003, playing in 275 straight regular season games and 58 straight playoff games, plus some international play to boot.

Now regular or even passing readers know my fascination with Pahlsson, but personal grieving aside, this whole situation is starting to look awfully fishy. For various reasons, some key players from the SC Finals are looking to miss the start of the season (which coincidentally starts with a pair of transatlantic flights):


Maybe I'm being too skeptical here, but that seems like a lot of players conveniently finding themselves unavailable for England. But don't worry, Brits! So far as I know, all the main attractions are slated to go.