Share All sharing options for: Scott, you lazy genius! 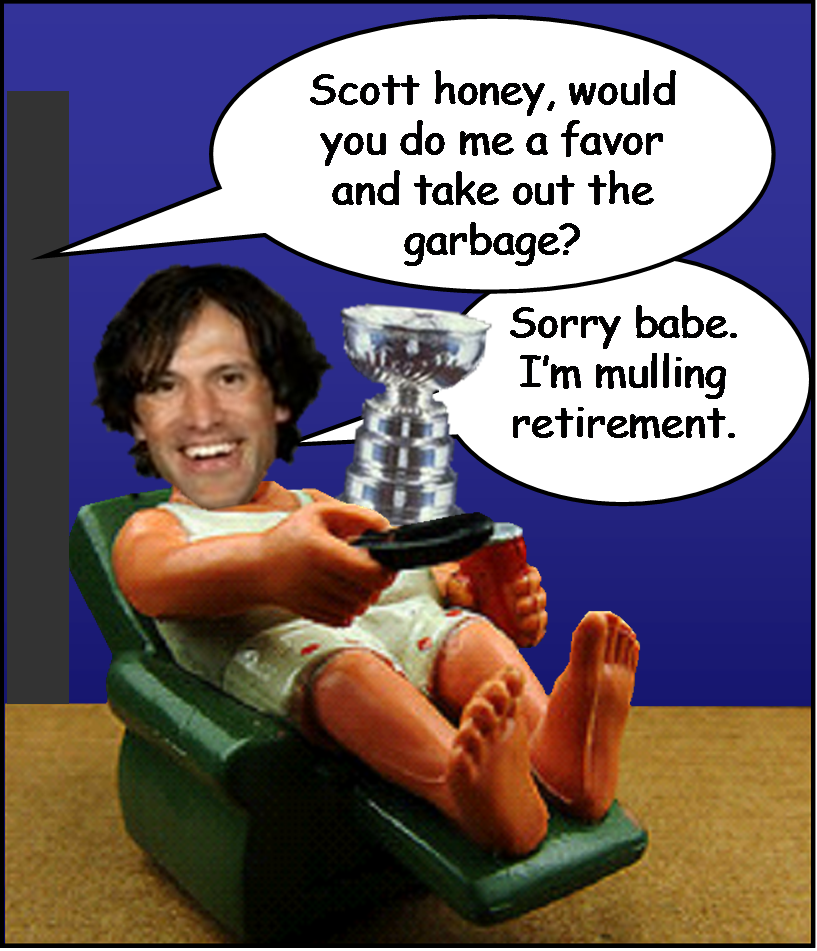 Dear Scott: I for one would like to say that I completely support your inability to make up your mind. Sure, retirement would have meant you could relax away from hockey, but not deciding, now there's a stroke of brilliance!

Not only do you avoid pesky hockey duties like training camp and flying to London and back, but you also get to steer clear of any PTAs or HOAs or any other serious household responsibilities. After all, how could you commit to anything long-term? You've still gotta remain available for hockey, just in case you stumble on some motivation or conscience, right?

One lazy guy to another, I salute you, soldier. You've played enough games hurt that I can allow some missed games healthy. Enjoy your break.

(Oh, and Scott? Just in case you're looking for some non-paying employment to occupy your free time for a bit, don't forget we're always on the lookout for more Conn Smythe winning writers here at BoC!)

Aside to the fans: I've heard lots of grumbling that Scott is holding the Ducks hostage with his indecision, and sure there's $6.75 M of salary sitting in limbo, but I'm not worried. Brian Burke has kept the cap space available for a return, and can surely he can find a way to motivate Scott to play, if things get desperate.

Don't forget that he has one key bargaining chip at his disposal: 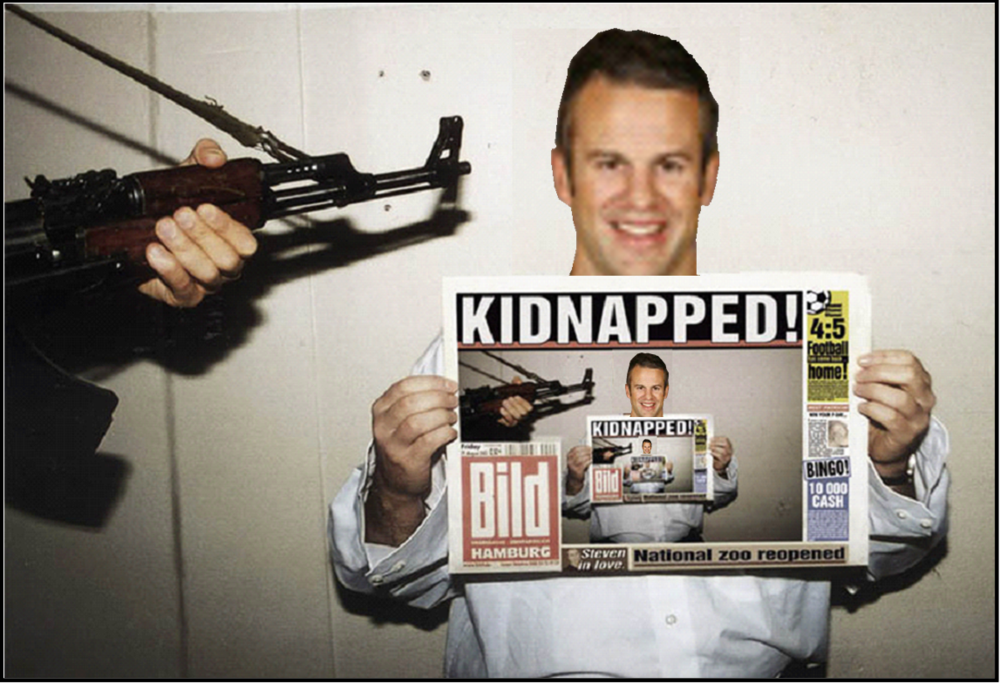 Scott, if you ever want to see Rob's famous
backhand again, you'll rejoin the team ASAP.

p.s. A very happy birthday to our blogdaddy, the ever-awesome Battle of Alberta. So many awesome posts, but I just gotta link to two of my personal faves: Beard Talk and its sequel The Many Faces of Sacamano. Great work, guys.