I don’t really like Derek Armstrong that much. He’s not really that good, he has stupid hair, and he’s old. I know it’s not entirely rational; he had a pretty good season last year and he’s only getting paid about a mil and a half this year and the next, but I just can’t shake the feeling that he’s not going to lead the team to glory. There's two rules that I live my life by: you don’t win friends with salad, and you don’t win Cups with Armstrong. I guess he's Toby to my Michael Scott: my hatred of him is probably a reflection of my own neuroses more than anything else. 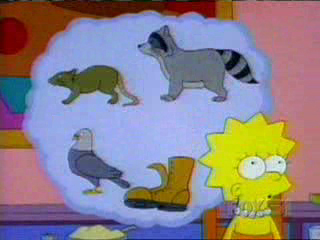 If Derek Armstrong were food, he'd be a hot dog.

This year, though, I'm actually glad Armstrong is on the team. Last year, the Kings had 2 offensive lines, a "stopper" line (at least they were supposed to be), and a goon/shitty line. Armstrong didn’t fit because he wasn’t good enough to be on the top line (even though he was) and he gets paid a little too much to play on the 4th line. This year the Kings should be rolling three offensive lines, and I actually think Armstrong would fit perfectly as our third center. They wouldn’t play against the other team’s top line (that would be whatever line Handzus is on, I’d imagine), so the opportunity to get a couple of cheap goals is pretty good. I wouldn’t expect him to match last season’s totals, but something north of 30 points is reasonable.

"I hate... so much about the things that you choose to be."

I wrote in my very first post that I loathed Derek Armstrong, but I was admittedly being a little over-the-top in order to make an impression. (I ended up beating out Earl’s apathy in that he didn’t have the energy to find someone else; take that, apathy!) I’m not partial to Armstrong, but I guess he has his niche. He's not that important to the team anymore and I'd kind of prefer we kept it that way. As long as he doesn’t have to do anything more than chip in, I guess I’m happy with him on our team. I mean, it could be worse: we could have Jeremy Roenick again.