You know how every once in a while a friend of yours will decide to grow a moustache? You think it's a terrible idea but you can't really say anything because you know that you'll eventually try to grow one too. Then it'll start to get all straggly but your buddy will think that if he just lets it grow out a little it'll be better, but it doesn't and then he finally just has to shave it off? That’s Ladislav Nagy. Other NHL moustaches include Dean McAmmond, Brian Smolinski, and Mike Comrie, to name a few. 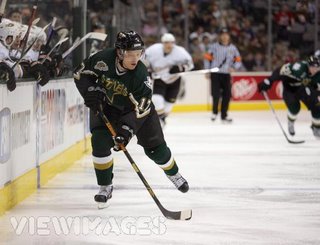 So far Nagy has been with the Blues, the Coyotes and the Stars (briefly). As far as I can tell, they ultimately decided that he didn’t look good on them and shaved him off. Now it’s the King’s turn. Nagy’s only signed on for this season (albeit a little overpaid at $3.75 mil) and hopefully he will be a positive at the end of the season. What I’m afraid of is that he’ll show just enough to warrant another contract when I don’t really see him ever reaching his potential.