I must admit, I’m not too familiar with Michal Handzus. There are three things I know about him: 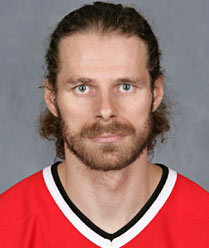 1) He’s a good defensive center. I don’t really have anything to go on with this except for a Selke nomination back in 2000 (and Earl can tell you about how that award is bullshit), but I think it’s safe to say that Handzus is an above-average defensive forward. I mean, I could do stuff like "analysis" or "fact-checking," but who the hell am I, Upton Sinclair? I got shit to do, like… um… eat. (Whew, almost blew my cover there. Nice save, Kelly.)

2) He was injured most of last year with a knee injury. I’m a little nervous about this, just because the Kings signed a solid defensive center coming off a knee injury to shore up their offense and that didn’t work out too well. Even worse, both Alyn McCauley and Handzus have first names that sound normal but are off by one letter; they’re like twins! Anyway, Handzus played in only 8 games last year so he might start off a little slow. Even worse, he just got a tonsillectomy, which is probably the 2nd lamest injury you can miss time for. (The first? Appendectomy. I don’t know why, it just is. Who has the list in front of them? That’s right, so shut up.) Given the Kings’ penchant for signing guys who don’t realize that they actually have to play to earn their money the past two seasons, I’m cautiously pessimistic about Handzus’ knee. 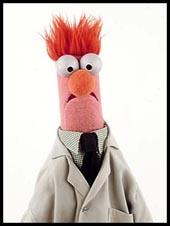 3) He kind of looks like Beaker from the Muppets. At least he does to me. Wouldn’t it be funny if they did that "Sounds of the Game" thing with Handzus and you could hear him calling for the puck and he was all, "Meemee!" That would be awesome.


So yeah, that’s pretty much all I got when it comes to Handzus. What do you people want from me? I’m not Earl, okay? I can’t do "analysis," whatever the hell that is. Do you know how hard it is to write about every single Kings player? I’m pretty sure everything I wrote about Raitis Ivanans was made up. Oh well, at least I get paid handsomely… wait a minute, Wild Wing isn’t on the $50 dollar bill! Damn you, Sleek!!!

The Kings are unveiling a new mascot this Friday at Frozen Fury. They haven't given out a picture of him yet but they have revealed his name: Bailey, named after former scout Ace Bailey. I think that's pretty cool. They also gave out his jersey number: 72, after the average temperature in Los Angeles. I think that's pretty cool too. I don't know why some people get bent out of shape about the Kings having a mascot; he won't distract from the game too much and kids will like him. (I always think it's funny when people talk about the tradition of sports. It's for fun people, calm the fuck down!) Welcome, Bailey; I already like you more than Brian Willsie.