Tom Preissing signed a 4 year, $11 million dollar deal with the Kings this off-season. Since he’s probably going to be on our team for a while, I figure we should get to know him. Here’s 4 things to know about Tom Preissing:

1) He’s smart. Preissing wrote his senior thesis at Colorado College on the lack of competitive balance in the NHL. Apparently it was actually good enough to be published in an economics journal. So hey, Preissing’s not a moron, good to know.

2) He won the San Jose Sharks Playstation Rookie of the Year in 2003. Since I got that from Wikipedia, I’m not sure if that means he won an award presented by Playstation or if he was rookie of the year on someone’s Playstation game. Either way, it's... something.

3) He is better than Mark Bell. Preissing was involved in a three-team trade where Chicago received Martin Havlat, Ottawa got Preissing, and San Jose got Mark Bell. Since I don’t get to say this very much, I’m going to say it now: San Jose’s front office sure fucked that one up. 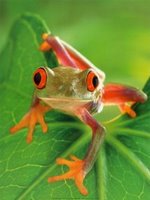 "Nice pass, To- oh, I'm sorry, I thought you were someone else."


I’d like to welcome Tom Preissing back to the Battle of California. We basically get Joe Corvo back except Preissing is a little younger, a little better, and a little less inclined to kick a woman in the stomach. The only thing I'm worried about is the fact that the three defensemen we have under control for a while are Preissing, Lubo, and Johnson, all offensive forwards. Oh well, if our biggest problem in 3 years is that we have those 3 guys on our team, I don't think I'll be too upset. Oh, and Sharks fans: if you have fond memories of Preissing (or Mark Bell), feel free to leave them in the comments.