Share All sharing options for: Ducks Gamedays: Rise and shine!

I’ve got to do a two-in-one special for these games, as I’ll be out of town this weekend. I’ll say up front that I’m giving the Ducks a lot of slack this week—between injuries and silly schedules it probably won’t pay off to expect too much for the start of the year. Case in point, the Ducks play their fourth game already after the shortest summer in the league; meanwhile their next two opponents will be just starting their seasons tonight. 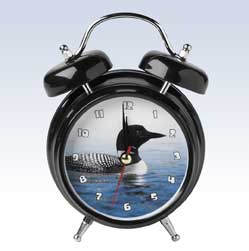 Wake up, you lazy late-starters; the champs are here!

First to Columbus, whose last game was played on April 7th, half a year ago, when they last hosted the Anaheim Ducks. And while the Blue Jackets have been in steady offseason mode since that game, the Ducks have played an additional 24 games since seeing this Columbus squad.

For whatever reason, the Blue Jackets have played tough against the Ducks the past couple of years, despite the standings disparity. The teams split their season series this year and last, though the road team has had the advantage, winning 6 of 8 contests. On a side note, Columbus really would have been a nice un-retirement opponent: in the four-game series last year, Selanne netted 4 goals and 6 assists and Niedermayer chipped in 7 assists.

Then on to Pittsburgh, the old Battle of the Birds. This will be the third time in four nights the Ducks will be the visitor for another team’s home opener, and the last stop before Anaheim’s own home opener next week. Pittsburgh thus far has the distinction of having more standing points in this calendar year 2007 than any other team—31-9-7, good for 67 points.

I don’t have a ton to say on Pittsburgh; I haven’t really been fond of them ever since they edged the Ducks out on a ping pong ball that turned into Sidney Crosby (but given the choice, I’ll take the cup win). The teams have only seen each other once since the lockout (the Ducks won 3-2 in OT in Anaheim last year)—but the Pens can take solace in the fact that all three stars from that game (S. Niedermayer, D. Penner, and T. Selanne) won’t be dressed up for this one.

There is a bit of personal-life synchronicity here, as I will actually be at a wedding in Columbus tomorrow for a friend who is actually a Penguins fan. Being the short-sighted idiot that I am, though, I neglected to check the NHL schedule when booking flights for this wedding, so I won’t be leaving until well after tonight’s game is done.