Share All sharing options for: Ducks/Kings: Name that Rivalry

For those of you outside of the SoCal television market, you may not be aware that FSN, the main broadcaster for Ducks and Kings games, has devised a Name the Rivalry Contest for Ducks and Kings fans. Whoever’s entry gets selected will win 2 tickets to each of the 6 remaining Ducks-Kings games this season. It’s really a silly contest, for two reasons:

2. The futility. Here’s the real crux: there’s no really good new ideas that will come out of this contest—I can almost guarantee it. These teams have been called the Ducks and the Kings for a decade and a half now—the lack of a great catchphrase exists because there isn’t any real strong connection to be made between the team names, not because nobody’s bothered to throw a contest around it.

Still, my roommate and I did give the contest some thought—we are nothing if not great punsters. For me, the best I could come up with was the "Easily Displaceable Series (sure, ship us to London, who needs home fans anyway?)", but it seems a little long. I prefer my roommate’s geography-based suggestion a lot better—I even turned it into a graphic: 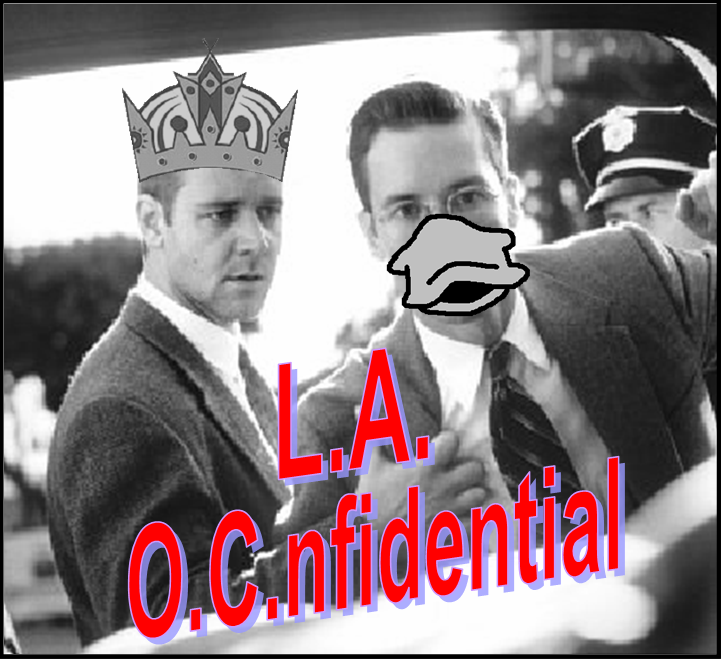 Whatever happens, I don't anticipate liking or using the official-contest-winning rivalry name, but who knows? Any readers got any suggestions worth submitting? Or even better, any suggestions that are unsubmittable? I'm all ears.