Patrick O’Sullivan took a puck to the face in Saturday’s game. The injury was so severe that he had to have surgery yesterday and will probably have to go in for more in the next few weeks. Still, the guy is a kind of a pussy. When he came back on the ice about 10 minutes after his injury, he was wearing a full face shield. I mean, you might as well just wear a skirt too. Don’t give me that whole "he was playing without being able to breathe out of his mouth" jive either; when Norstrom used to get hit in the face (which was a lot), he just wore a jaw guard. This isn’t basketball, where a star player can hurt his shoulder and get rolled off in a wheelchair while crying, this is hockey. (Dwyane Wade is a bitch, just so you know.) Man up, Patty! 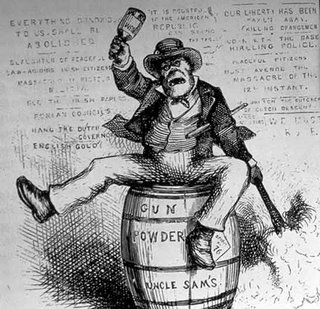 So far the Kings offense has basically been Anze Kopitar, Dustin Brown, Mike Cammalleri, and shit. The best two guys not on that top line have been Kyle Calder and Patrick O'Sullivan, in my opinion. Frolov has been a disappointment to me. He's seemed a little tentative with the puck, like he was two years ago. The Kings another line to score in order to be effective this year, otherwise teams are just going to concentrate on Kopitar all the time. I think the King’s best option right now is to put Frolov with O’Sullivan and Calder, with Patty playing center. There are three best offensive players right now (besides the top line), so we might as well try to get some sort of secondary scoring. O’Sullivan has been playing great but has been playing on the 4th line a lot, which is inexcusable. Seriously, I have no idea what Marc Crawford is doing. He's like a mad genius without the genius.

I expect the Kings to finish higher than the Stars this year because I can’t see from where they are going to get their scoring. Niklas Hagman? Brendan Morrow? Jussi Jokinen is great in a shootout but not much else, and Mike Modano used to be great but is probably tired from nailing Willa Ford. Their defensive core is very good, with Sergei Zubov (who carried the torch as the league’s most underrated defenseman before Lubo took over) leading the charge while Phillipe Boucher and Matty Norstrom are well-known in Kingdom as solid d-men. And Turco is amazing; I wish he played in the East so he could be run out of town on a rail for being a choker and the Kings could trade Nagy, Preissing, and Scott Thornton for him. Still, they’re getting old and eventually have to crumble. I’ve been calling it for years now and have been wrong time and time again, but I honestly think this is finally the year where it happens. Turco can’t play 70 games every year, can he? 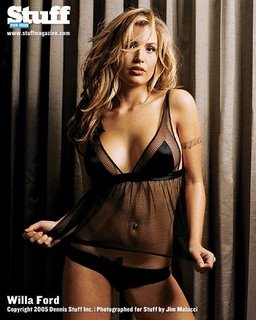 I was going to put up a picture of Mike Modano, but who wants that?


The Stars were better than the Kings last year, but I think they also got a little bit of luck. Hopefully the pendulum swings the other way this year. The Kings have extra motivation to finish higher than the Stars this year since they own the Star’s first round draft pick this year. So Brown, if you want to take a little run at Turco like you did a couple years ago, I’m completely fine with it.

Prediction: 4-3 Kings, with two by Frolov and one apiece by Cammy and Lubo.