"It feels like somebody took my heart and dropped it into a bucket of boiling tears... and at the same time, somebody else is hitting my soul in the crotch with a frozen sledgehammer... and then a third guy walks in and starts punching me in the grief bone... and I'm crying, and nobody can hear me, because I'm terribly, terribly... terribly alone." -Michael Scott, Me


The Kings played... I don't even think they've invented a word that accurately describes how badly they played on Friday night. They've played so poorly that they've gone beyond shitty and come out through the other side into a strange new world where "bad" is average and "good" is some strange unattainable dream.* I’d say it was one of the worst defensive performances I’ve ever seen. The game-winning goal occurred on a Bruins power play where Marc Savard was left completely alone in front of the net with not a single King on that half of the ice. The goal that iced the game was on a 2-on-1 that was helped by Jack Johnson retardedly pinching despite the fact that the Bruins player already had the puck. 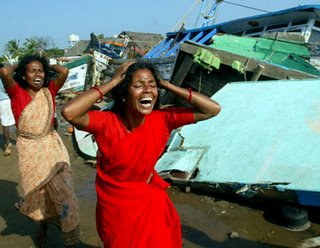 Our defense has been really, really bad. Everyone (including Lubo, and you don’t know how badly it pains me to say that) has just plain sucked. I think Brad Stuart has been the best guy out there so far, and he’s playing about as well as he did in . I was so depressed after the game that I didn’t even feel like drinking. Do you know how depressed you have to be to not want to drink? The Kings have played so badly that my roommate actually told me, "I'm sorry," like my dog had just died or something.


Still, it’s early. No team made the playoffs last year with a record of 1-4, but 5 teams made it after starting off 2-3. Right now the Kings aren’t making the playoffs, but neither are the Devils, Rangers, Penguins, Sharks, or Ducks. It’s early, people.

To take some positives from this season so far, Kopitar made Manny Fernandez Kopitarded twice on Friday night: first, he knocked him silly with a wrist shot to the face and later he bounced a puck off the post, off Fernandez’s back and into the net. He has 7 points in 5 games.

If you’re a Sharks or Ducks fan and want to laugh, check out either the Hockey’s Future or Let’s Go Kings forums for some severe overreaction. Here’s a sample of some thread titles:


-Time for Bernier to Return to Juniors… -Modry Has Been Kings Best D-Man… -Send Modry, Dallman, and Johnson to NOW ! (This guy wants to call up Jon Klemm, because he’ll solve our defensive woes by… being tough, or something.) -It’s Officially Official- Brad Stuart SUCKS -…and then there’s Cloutier…

*Tip of the hat to Megalodon for that one.