I’ve figured out what is wrong with the Kings: they’re spiting me. Everything I’ve said going into a game, they’ve done the opposite. I say that Bernier is wonderful and I want to open a baked goods store with him, he lets in 4 goals. I say I don’t care about Rob Blake too much anymore, he goes out of his way to make me hate him by sucking. I say Brian Willsie sucks, he… well, he still sucks, so that doesn’t count. Last game, I said Marc Crawford needed to switch up the lines and put O’Sullivan, Calder, and Frolov together, he responds by breaking up our top line and putting Nagy with Kopitar. I also famously said this:

"I expect the Kings to finish higher than the Stars this year because I can’t see from where they are going to get their scoring. I mean, Niklas Hagman?"

What do the Kings do? They let Hagman pot 2 goals and give up 5 overall. Seriously, what the hell? I mean, I know I’ve called certain Kings derelicts and whelps and overall douche bags, but that doesn’t mean they should tank their season just to get back at me. We’re all in this together… right? 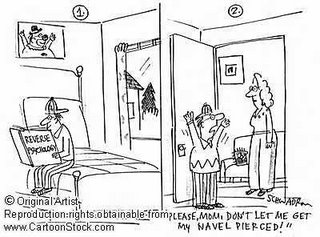 So, as mein Fuhrer Dave Lewis and the Los Angeles Kings look to get revenge against the Allied Forces Boston Bruins tonight in , I’m hereby declaring the Kings doomed. Personally, I think the Kings should send Bernier down immediately. Call up Cloutier and let him start tonight! They should also NOT put O’Sullivan, Handzus and Calder on the third line. And they definitely shouldn’t put Johnson with a defensive defenseman, even though he looked great last game. Put him with Modry, let Blake play with Stuart and have Dallman up there with Lubo. He’s rested, he’ll be ready to go. I also think both Brian Willsie and Brady Murray deserve to play tonight because they’ve looked wonderful. Finally, I think the Kings will lose… BIG. 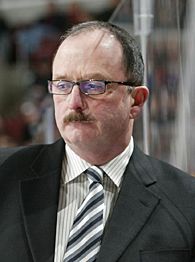 How big a dick is Crawford if the guy who looks like Hitler is "the nice one?"

Prediction: Bruins over Kings, 9-1. Lone goal by Nelson Emerson. Crawford will get a contract extension and Lombardi will step down so Sam McMaster can reassume GM duties.

(God I hope this works.)