Kings Gameday: Who's Up For Some Libel?

Share All sharing options for: Kings Gameday: Who's Up For Some Libel? 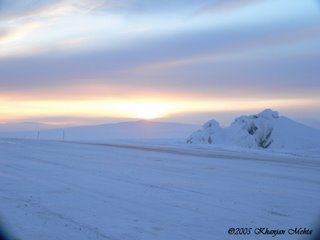 is a sad little town. Oilers fans are probably the most dedicated fans in the NHL because really, what else are they going to do? kind of strikes me as that shitty kid in your 5th grade class who smelled and kept sand bees in his desk but you went to his birthday party anyway because he had a bounce house and a Batman impersonator. "C’mon guys, I have ’s largest mall! And do you like festivals? We got festivals coming out the ass! Please hang out with me?" I like to think that they had Chris Pronger show up on a specific day where they had the Whore Festival or something and then showed him the mall to get him a sign. Then, a week later…


Chris: Hey, Raffi, what is there to do around here? Raffi Torres: Have you seen our mall? It’s the largest in the ! Chris: Yeah, that was cool, where do you think I’ve been for the last week? But I need something else to do. Any nighlife?

Raffi: Night… life? Chris: Umm, yeah, you know, dancing, women, something like that. Raffi: We have the Festival of Trees coming pretty soon! (silence…) Chris: I’ve made a huge mistake.
I don’t like Chris Pronger, but I can’t really blame him for (allegedly) having an affair; what else was he going to do? 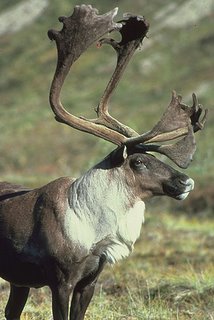 This is just me spouting off from my awesome California perspective (you wouldn’t believe how warm it’s been recently, it’s like having a fireplace going all the time), but seems to have a real inferiority complex. They’re not relevant like , they don’t have history or arrogance like and , they don’t have a film industry like (stop taking our jobs, assholes), and they’re overshadowed in their own province by . I was in this summer and asked a Calgarian if he ever goes to . He derisively snorted, "Why the fuck would I want to go to ?" That was amazing to me. That’s like a murderer refusing to share a prison cell with a child molester!


The Edmonton Oilers are doing their best impression of their city this season, in that they suck. Their fans like to pretend that they’re a tough, gritty team, but they really just don’t have that much talent outside of Ales Hemsky. (I really like Hemsky, though.) They overpaid in the off-season for a defenseman who can’t play defense (he’s hurt now) and a forward whose best skill is his ability to grow a playoff beard. (Seriously, it looked like seal fur.) It's almost like Penner's goals last year were the result of his linemates... nah, no way Kevin Lowe fucks up like that, right? Their one goaltender is the biggest whiner in the NHL and their other goaltender is such a tragic figure that Oedipus thinks, "Wow, that guy has a rough life." Finally, their coach… well, their coach was the last guy in the NHL to not wear a helmet, so I refuse to say anything bad about him. 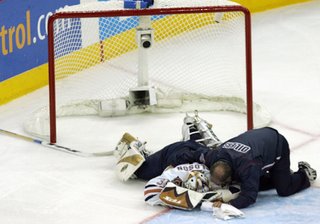 So yeah, that’s : the city is boring and the hockey team sucks. But hey, the economy is thriving, right? Pretty soon, you’ll be right up there with in cities doesn’t care about.


Prediction: Kings win. Maybe not the game, but they live in L.A., so they still win.