Well Look at That...

Share All sharing options for: Well Look at That...

With all the teeth-gnashing going on among the other BoC fan bases (after last season I kind of feel like an Ethiopian kid watching two Americans complain that their steak isn’t cooked well enough), I thought I would point out the current standings in the Battle of California:

Yes, friends, the Kings are in first place. Do I expect this to last all season? Absolutely.

Hmm, seeing as how the Kings haven't played anyone in New York this year, so I wonder who started this rumor. Whoever it was, here's what I say to you: 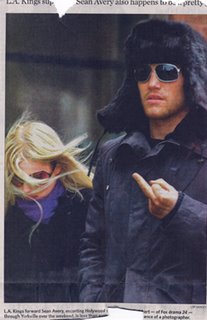