Share All sharing options for: AOL Sleek: It begins 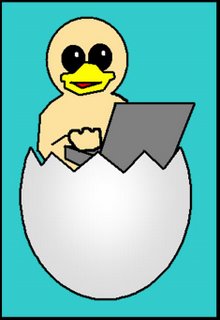 Well, it took a couple weeks since I first announced it, but finally after a lot of paperwork and blogducation, I was able to contribute my first cartoon post to the AOL Fanhouse today.

I know I am supposed to be sticking with the west coast (and actually I have a Niedermayer post somewhat underway that was intended to be my first post), but how could I pass up a shot at former Ottawa cup-loser Mike Comrie and his starring role in the tabloids? Especially since the story was assigned to me.

Anyway, I'm still getting my feet wet there, but at least I've gotten over the initial hurdles (logging in, creating post, drawing cartoon to avoid photo-altering lawsuits). If you are feeling generous, why not head over there, leave a comment, and make me look like a superstar?

I've also added a link to the sidebar under "Anaheim Ducks" that will go straight to the Earl posts (more useful once I write more of them). Enjoy!