Share All sharing options for: Battle of California, Kings-Sharks photos 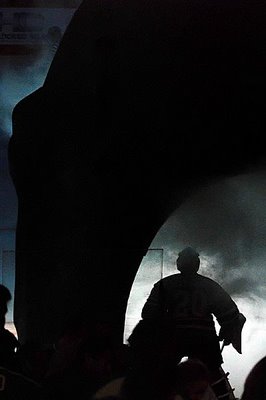 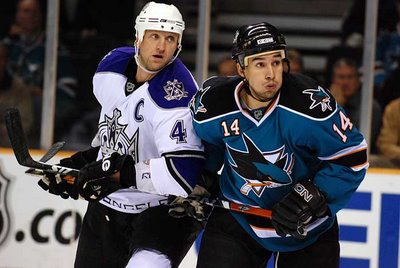 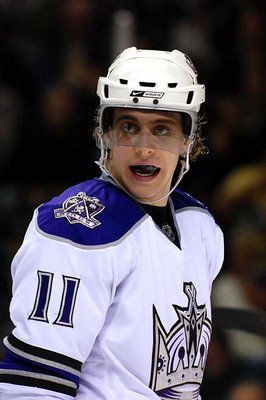 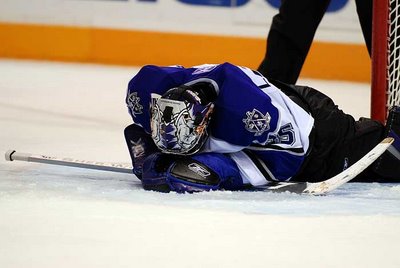 Here are a few photos from the Kings 3-2 OT shootout win over the Sharks last night at HP Pavilion. There was a lot of negative comments made after the shootout loss, but the Sharks did come back late in recent games against Anaheim and LA, they just can't get it done in the shootout.

San Jose is 1-4 this season in shootouts, and 4-13 all time (worst in the NHL). Evgeni Nabokov has to get over the poke check strategy in a shootout, it rarely works, and head coach Ron Wilson needs to get creative with who he selects to take shots. If the big guns are not firing, ice Rob Davison, Sandis Ozolinsh and Curtis Brown. Try anything, because what they are trying now is not working.

There were reporters from ESPN, the Canadian Press, the Globe and Mail, and a few other national sources, and Toronto Maple Leafs GM John Ferguson Jr. was in the press box. After this type of loss, with this amount of media and the Board of Governors meeting today and tomorrow in Pebble Beach, expect the Sharks rumor mill to hit the fan.

A few more notes from the game are up here. War Rudy Kelly's blog posts without f-bombs.