Hell yeah it's gameday, and even though I've spent the last month in a pretty steady whine, I'm optimistic. I don't know why, really. I've been to Honda Center twice this year and have yet to see a Ducks goal. Fortunately, they still serve liquor at the ol' HC.

Anyways, I'll be in Row B tonight, sporting the lucky green and needing a haircut (maybe a coat, too; weather's been weird here--haven't seen the sun for days). And I'll be dutifully reminding Roenick of his career goal total, so he can free his mind to concentrate on other things. Like which team he wants to sign with next summer, for instance.

The Sharks come in with a pretty ridiculous see-saw record. O-W-L-W-L-W-L-W-W-L-L-W-L-W-L. It strongly suggests that they are due for a win tonight, but that doesn't dismay me. If I were a Sharks fan, though, I'd start wondering what would happen if Nabokov didn't have to start all 82. (From this fantasy owner's perspective, though, I say "Go for it, Nabby!") 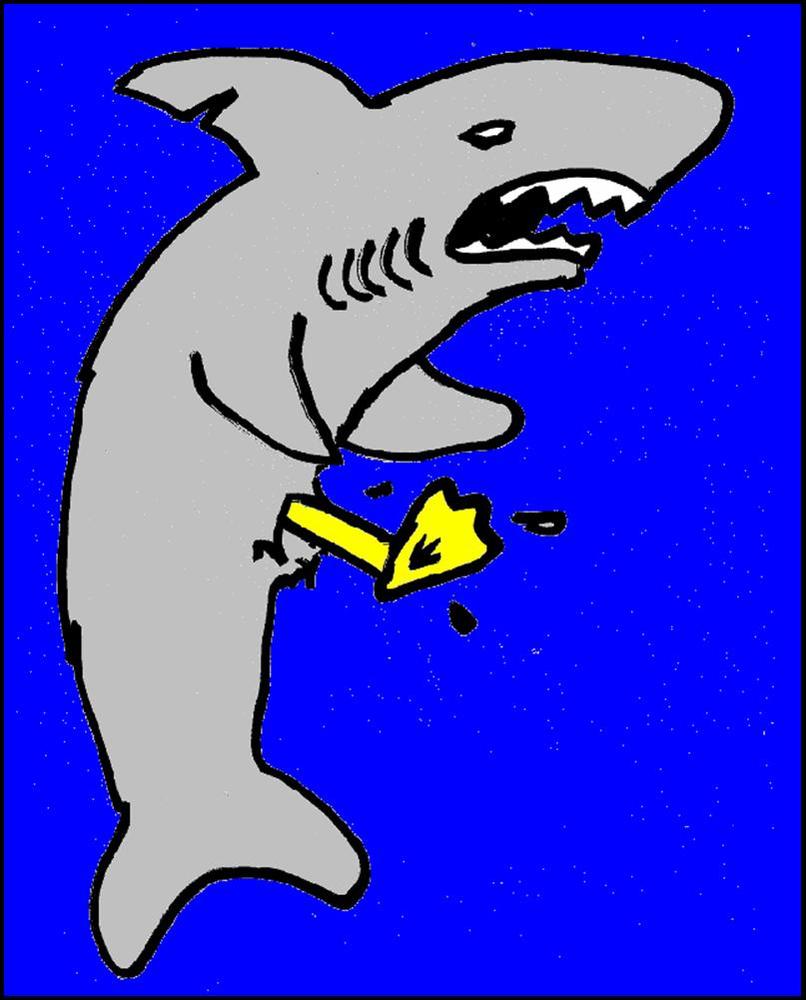 It's really funny, but despite both teams falling short of early expectations, one of them will be atop the Pacific standings tonight. JavaGeek quantified something I've been noticing on the out-of-town scoreboard. For whatever reason, there are 40% fewer overtime games happening this year than the previous three seasons. I suspect it means teams are getting better at holding leads, but in a more practical sense, it means that the playoff bar has been lowered this year--there are just less points being distributed. Last year it took 96 points to make the playoffs in the west; I suspect that number will be much lower this year.

Prediction: My predictions have sucked this year, so today's prediction is in the form of a cartoon--a duck kicking its way out of a shark stomach. Strong kick by Pahlsson.