Kings Gameday: What Worries Me

Share All sharing options for: Kings Gameday: What Worries Me

A lot of people are currently lamenting the state of the Kings after their two-game-shut-out-ohgodwhy-streak. To be honest, it doesn’t bother me too much; I don't think the Kings' recent inability to score goals is going to be a long-term problem. I’m not happy with how the Kings have been playing, but I’m optimistic they can turn it around tonight against the Coyotes. That doesn’t mean I don’t worry about the Kings sometimes, though. I had trouble getting to sleep last night because I was thinking about Anze Kopitar. 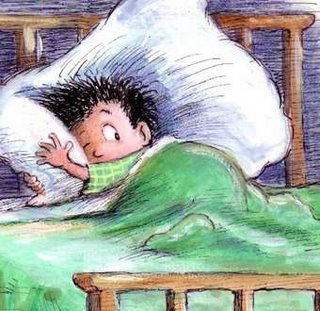 Over on Inside the Kings, Dean Lombardi mentioned how he plugs people in boxes to set up how the Kings are looking in the future. As an intellectual exercise, I did this with the Kings, and the first thing I did was pencil Kopitar in as our top-line center. Right after I did that, though, I began to vacillate. I mean, right now Kopitar is our top center and best player, but will that always be the case? What I mean is, can he be the guy on a Stanley Cup winning team?

I’m a big believer in what Lombardi is doing with the Kings; I've always felt that the way to build a Stanley Cup team is by building from within and then getting complementary pieces through free agency. But that strategy doesn't work unless you develop that elite-level player. The only Stanley Cup champion I can think of that didn’t have an elite offensive player over the last 10 years were the Devils, but they had Martin Brodeur, Scott Niedermayer, and Scott Stevens’ elbows. On the other side of things, look at the Sharks. I mean, yeah, they were good because of their excellent farm system, but they didn’t really become Stanley Cup contenders until they got Joe Thornton. That’s what worries me: do the Kings have that player? Even if Kopitar becomes the next Mats Sundin, is that enough? I don’t know.

Update: Alright, I just read this in the Kings Report over at latimes.com and it pissed me off. Crawford had a quote about how a penalty kill goal allowed by the Kings was the result of a miscommunication between Patrick O'Sullivan and Matt Moulson:

"The goal . . . was a young mistake made by two young forwards," Crawford said. "They both went to the outside and the inside needed to be protected. It wasn't much of a mistake and [the Stars] took advantage."

Huh, does that quote strike anyone as odd? I'll give you a hint: Who is usually partnered with O'Sullivan on the penalty kill? Give up? (Quitter.) Moulson was out there because O'Sullivan's regular linemate on the penalty kill, Michal Handzus, was in the box. (Of course, it can't be Handzus' fault because he's in the league for 10 years and was therefore "doing too much to try and help his team," right?) They could have been 10-year veterans and still made that mistake because they'd never been on the penalty kill together before. And why was Moulson even out there anyway? Frolov played excellent on the penalty kill last year, why not him?

There's been a couple of quotes like this, where Crawford excuses a problem with the team by waving his hand and claiming, "Ahh, they're young." (He did it the other day when discussing the top line, saying that they were trying to score on every shift. Those selfish sons of bitches.) The problem on this team isn't the young players. Don't use them as a scapegoat just because you didn't do your job.