Share All sharing options for: BoC Gameday—Ducks invest in the greybeard market

OK, OK, so Andy McDonald gets traded to the St. Louis Blues for Doug "don't call me Douglas" Weight and some change. First off, this was fairly expected; I had Andy Mac as my third-most likely player to be Niedermoved.

From my perspective, the reaction to the trade return has been pretty mixed. I know one Ducks fan who claims he's swearing off the team for trading away his favorite player, especially right after he set the franchise ironman streak. To him, trading an All-Star center for a former star is a ripoff. Also I got a call from my Kings buddy, who couldn't believe Burke was able to get a land a guy like Weight while keeping Sneaky Schneider.

Of course, it's sort of a mistake to look at this just as a McDonald-for-Weight trade, as context is huge for this deal. In return for trading away Andy Mac, the Ducks get Doug Weight, the right to play Scott Niedermayer, the right to keep Mathieu Schneider, and the possibility to sign Teemu Selanne. Even if DeadWeight turns out to be a bust, there's still a lot of trade return there. 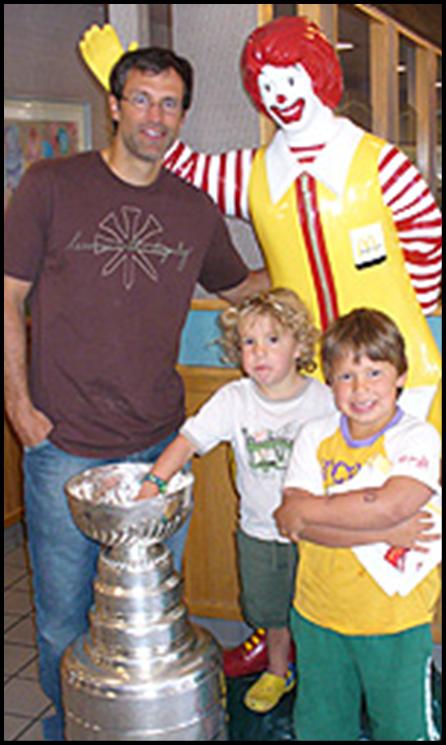 Niedermayer and McDonald pose with the Cup.

One thing this trade does not do for the Ducks, if my math is right, is enable them to extend Corey Perry's contract before next summer. The Ducks needed some $900 k of tag space to fit Scott into the lineup and unloaded McDonald's $3.33 M; that only allows for a $2.4 M or so in leeway, not enough to pay a guy who's top-10 in the league in goals. I don't know if waiting for the summer for a Perry extension is that bad--he'd be plenty expensive to re-sign right now with his current numbers anyway.

I'll tell you what--that blueline is stunning, though it's certainly still penetrable. I had to laugh once at the plight of Doug Weight in his debut; you get traded to a cup champ only to look around and see Bertuzzi, Ryan, Schneider, and Hnidy as your linemates, and realize that you are the most defensively-responsible player on the ice.

Still, I think adding Niedermayer and Weight instantly brings two things to this team. For one, neither of them is a thug or a fighter, which is a pretty needed counterbalance for a Ducks lineup that has plenty of hot heads already. Secondly, though, is puck delivery; both are guys gifted at giving linemates opportunities to score.

The Ducks have mostly managed to stay afloat in the standings, not so much through their own success, but because the west remained so congested; only Detroit for a while was pulling away. Recently, the gap has widened a bit, though, and the Ducks could really use a good stretch of games to get back into the hunt. 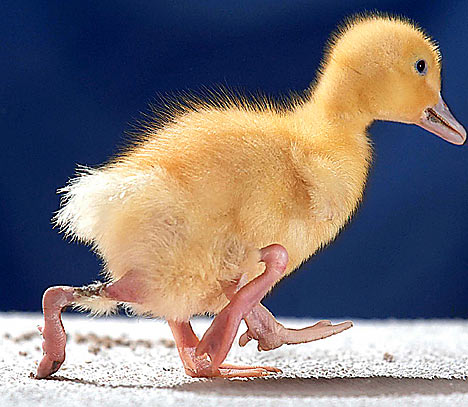 It's time for the Ducks to find another set of legs.

[Update from PJ] I ran the stats on all of the Sharks-Kings-Ducks matchups so far this season yesterday on Sharkspage. Here are the latest intra-state numbers through Sunday: