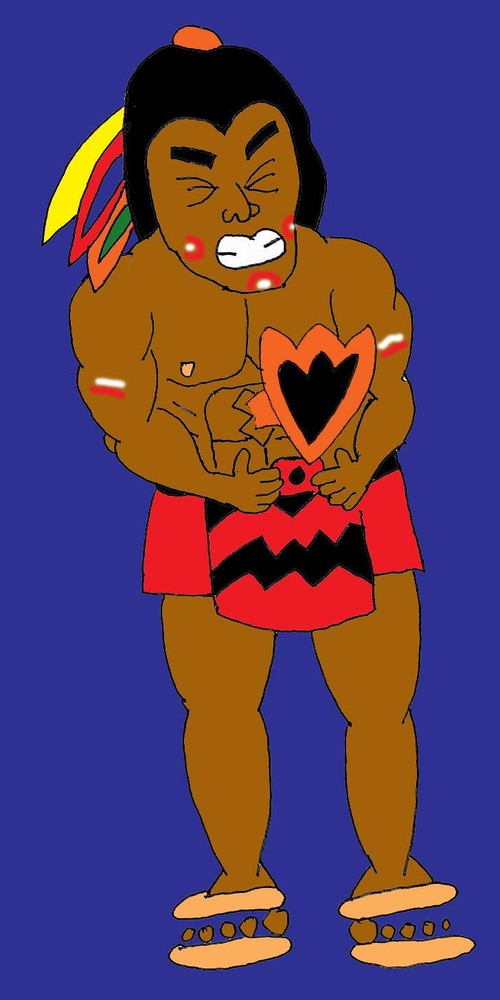 In BoC comment-land, you know him as spade-in-victorhell. You know, the guy who can't be bothered with capitalization, punctuation or spelling, but somehow gets his message across loud and clear. Little known fact about Spade, though--this cat can cartoon!

Check out this submission, a web-foot kicking through a Blackhawk stomach! Ouch! That guy needs some fire water, pronto!

I don't want to get all mushy, but this is a very awesome development; obviously I'm a big proponent of zany cartoons, and I'd been wondering if the Sleek legacy would start rubbing off on the blogosphere. I'll warn you now--Spade's already got some fantastic cartoons to carry me through the weekend, and being a particularly lazy guy, I couldn't be happier.

Like it or not, Niedermayer's announcement Wednesday means that one Duck player is starting his last road trip of his Anaheim career. Interesting how the players responded to this Niedervelopment in the Buffalo game right after the announcement:

Todd Marchant and Sean O'Donnell both had solid games as well, and in fact, it was really the first time I've seen this year's Ducks really resemble last year's. It's amazing how good a team can play when guys are playing for their jobs.

Then again, the hard-luck Kings went on to smoke the Sabres 8-2 the next night, so maybe it was just a Buffallusion. 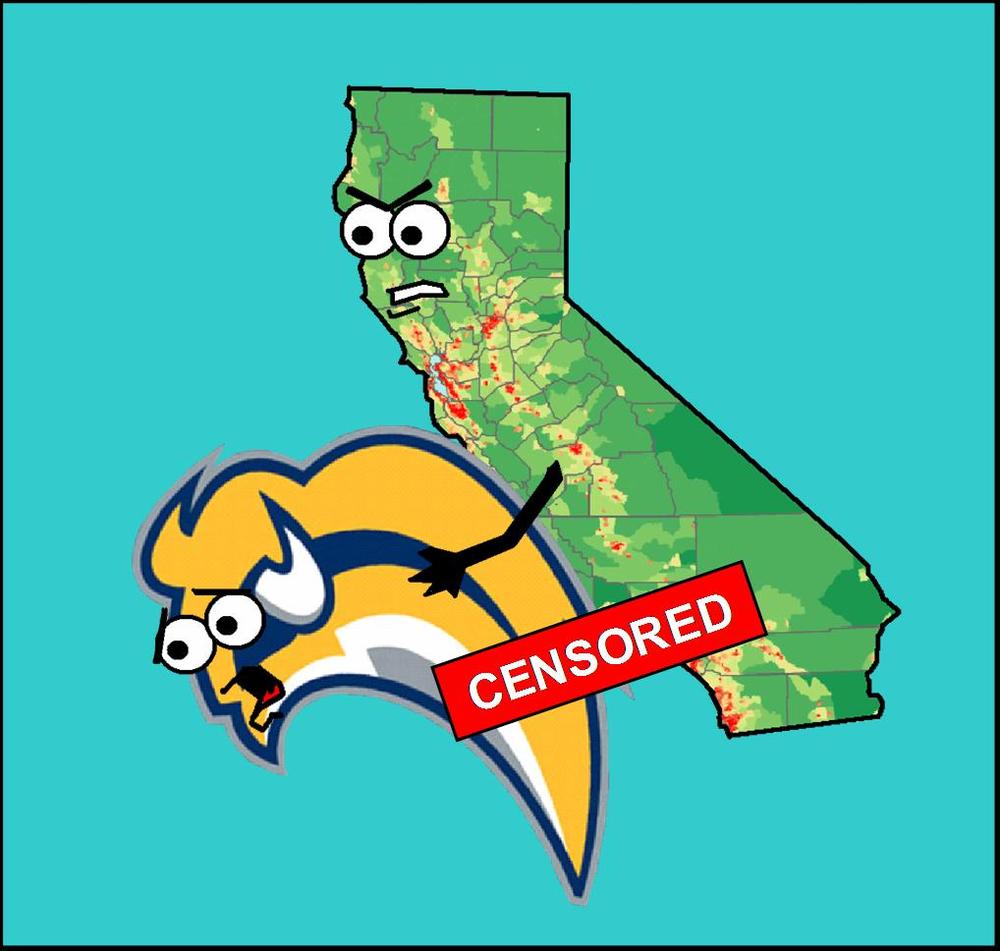 As for tonight's opponent, one thing that worries me about the Blackhawks is how they have turned the tables on Detroit, a team that's murdered them in the past. The young Blackhawks are 4-0-0 against the Red Wings this year, after going 2-13-1 against them the previous two seasons.

I'm no Detroit fan, so why does that stat scare me? Well, since the lockout only one western team has dominated Chicago more than Detroit--Anaheim, of course. The Ducks have gone 7-0-1 against Chicago over the last two years. If the Blackhawks really have turned a corner, maybe this source of easy standings points is running dry, too.

Too bad they have to run into a Ducks team trying to play their way off the trading block.

Prediction: Ducks 6, Blackhawks 3. Everyone tries to keep their jobs--goals scored by Marchant, McDonald, O'Donnell, Beauchemin, Bertuzzi, and Schneider. Pahlsson kicks his way out of the Blackhawk stomach with six assists.