It occurred to me after making the cartoon below that the saber-toothed fossil that inspired the Predator name and logo was found in a cave, not dug out from tar pits, but what am I, a prehistorian? 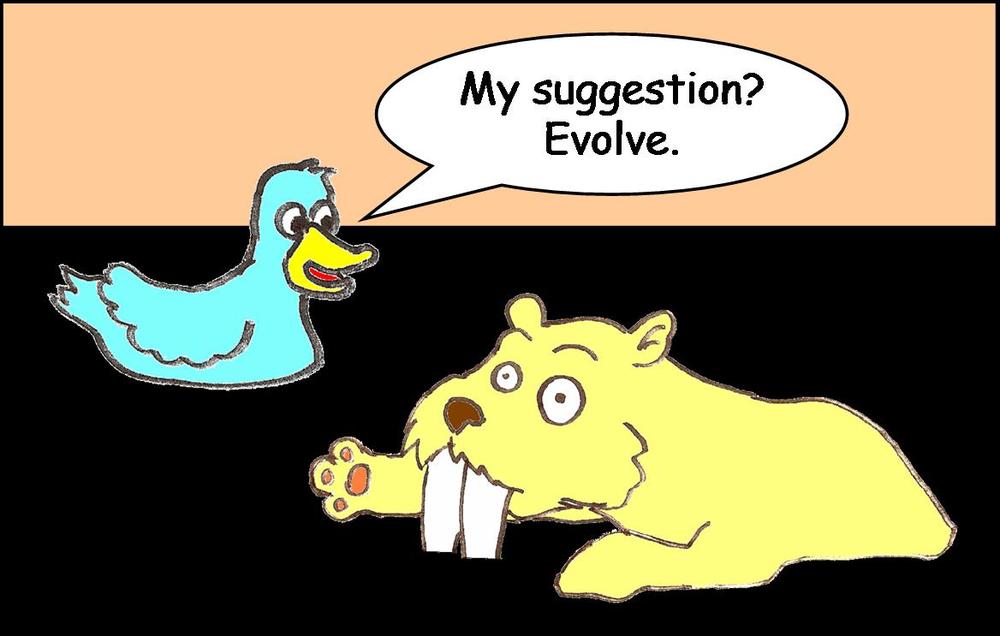 A few weeks ago, I called my dad out for having a crazy notion: could Scott Niedermayer win a half-season Hart? Well, he's happy to have pointed out to me that he's not alone in this lunacy, now there's an ESPN writer who's got his back (I hesitate to tell him what I think about ESPN's hockey expertise).

In the linked article, Damien Cox isolates Niedermayer in Anaheim and goalie Ty Conklin in Pittsburgh as two guys who have been inserted into lineups and turned mediocre results into top-tier results, and that's certainly commendable. But is either player really the most valuable on his own team? Even as these teams continue to accumulate wins, is Scott more valuable than Pronger, and is Conklin more valuable than Crosby? It's a tricky question because it's easy to confuse order with importance, but feel free to win me over in the comments. At any rate, the Duck / Penguin resurgence is the topic of my latest PuckToon at Fanhouse (link won't work until 11 am publish time).

Prediction: This is the last matchup of the season for these two teams, and the home squad has won the first three. Ducks buck the trend and win on the road tonight. Ducks 5, Preds 2. Goals by Perry x2 (happy now?), Bochenski, Carter, and Pronger. For some Nashville perspective, go see the Forechecker.