At the beginning of the season I had a great idea to read through player bios and then decide if I like them more or less based on that information. It was a fun, quirky way to get to know the players a little better. Of course, I do that once and then the website I was getting the information from (lakingsjunkie.com) never updated again so I couldn’t continue the series. But you know what? Fuck it, I’m still doing it, I’ll just use the old bios from LaKings.com instead. I already judged Frolov and Cammalleri (which you can find here), so today I will be judging Anze Kopitar, Dustin Brown, and Scott Thornton. 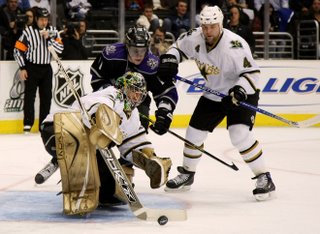 What I like: His favorite movie is Happy Gilmore, he likes Jessica Alba (who doesn’t?), and an interesting fact you might not know about him is that he loves pancakes… wait, HE DOES??? Holy shit. My mind is blown right now. That is the most interesting fact in the entire world.

Overall: I like him less. Honestly, Uncle Kracker? Get the fuck out of here. 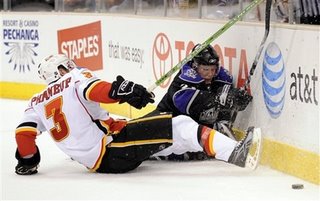 What I like: His favorite movie is Fight Club, his favorite action hero is Batman, he likes , and he supports Leukemia. No, wait… he supports fighting leukemia. Sorry, I read that wrong.

What I don’t like: He likes World of Warcraft (nerd), he listens to Tim McGraw (what is this, baseball?), and his favorite TV show is King of Queens. The last one will be removed if he only likes it because of Leah Remini.

Overall: I like him more. I can’t dislike a guy who enjoys Fight Club. Plus, maybe he’ll read this and invite me to Vegas. 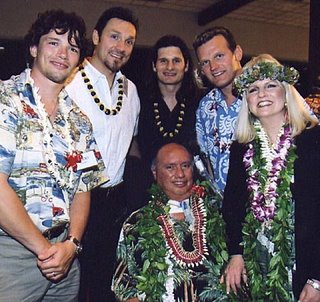 What I like: Pretty much everything, but some of the highlights are that his favorite band is Social Distortion (see, that’s a hockey band), he hates slow drivers and yappy dogs, he likes The Godfather, his favorite actor is Ed Norton… basically, Scott Thornton is the coolest dude ever.

What I don’t like: Umm, I guess his nickname: Thorty. Honestly, hockey players are the laziest people in the world when it comes to nicknames. Why not, like, "The Godfather" or "Healthy Scratch" or something like that?

Overall: I like him more. I wish Scott Thornton was actually good at hockey because he sounds like a guy I’d want to have a beer with. He’s like Craig Conroy without the talent.