Boy, I can't wait for this Anaheim team to get good, or at least stop sabotaging their results with awful starts. It's been two weeks since the Ducks picked up any standings points, having lost four straight by a combined score of 15-5. I noted it in the last GDP comments, but here's how they've started those four games: 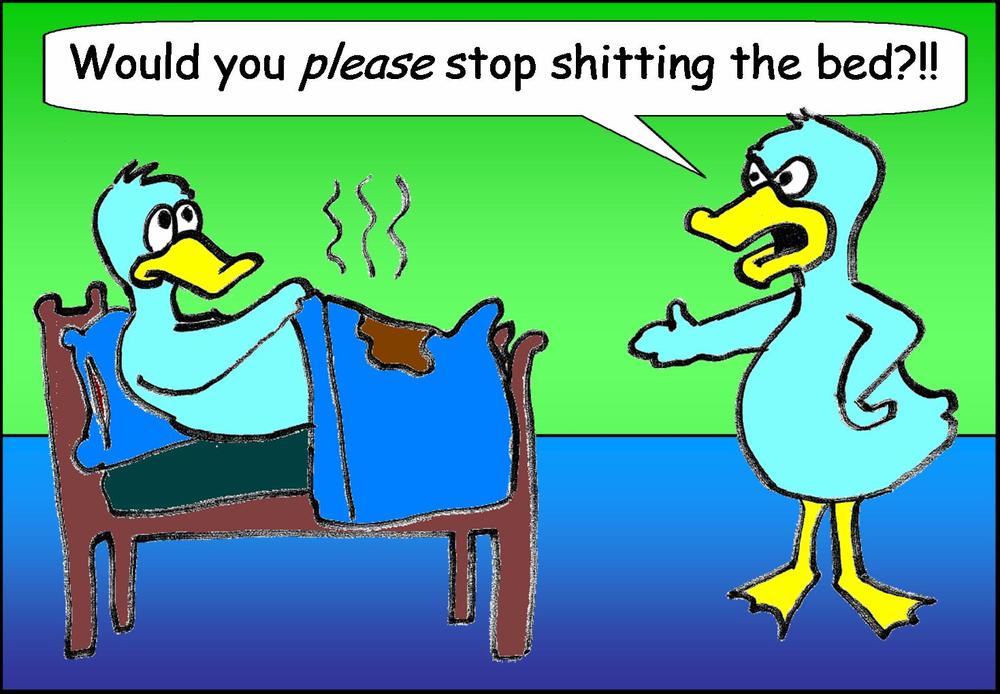 It's really not the return I like to see for a team that plays a $5M+ defenseman nearly every minute of every game in front of a $6M goaltender. I'm not even that troubled that the Ducks don't score first (although this is getting reminiscent of earlier this year when the Ducks gave up the first goal in nine consecutive games), but it's really how the team has been playing afterwards that's killing me. Trying so hard to tie up the score that they give up another, and another, and the game's pretty much over well before the clock expires (except for some goonery, which becomes twice as stupid).

I guess if there's a bright spot, these awful starts might be the impetus that Teemu Selanne and Sammy Pahlsson need to accelerate their comebacks, and both are missed. I have no idea when either is going to hit the ice, but it might be a strange game if Selanne plays. He's liable to pass the puck to Paul Kariya or Andy McDonald just out of habit.

Even so, there's only so much each player can bring; there's got to be improvement by other guys on the ice, that's for damn sure.

Prediction: This is the first game between the Ducks and Blues since the McDonald/Weight trade. Andy Mac has improved to point-a-game since joining St. Louis. Weight? Not so much. But hey, it's a new month, let's try some optimism. Ducks 5, Blues 2. Goals by Pronger, Kunitz, Perry, one of Pahlsson/Selanne, and Parros.