Ducks Gameday—Ever Dance with the Devil in the Pale Moonlight?

Share All sharing options for: Ducks Gameday—Ever Dance with the Devil in the Pale Moonlight? 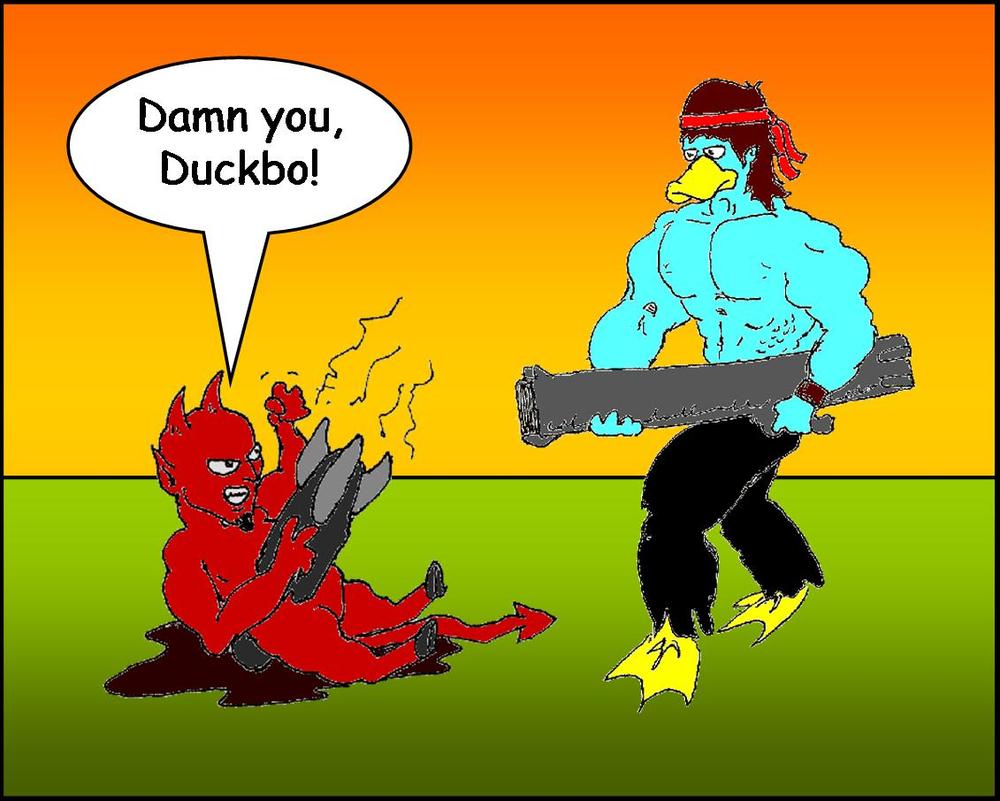 Today is not only Scott Niedermayer's first game in New Jersey since he left in 2004. It's also Anaheim's first game in New Jersey since the cup finals 2003, game 7. My anger and bitterness towards the Devils has subsided since that day, but I still mourn for guys like Adam Oates and Steve Thomas. But still, I have to remind myself. Suppose the Ducks had won that G7 in Jersey. Would they have let Kariya go? Would Burke and Carlyle been brought aboard? Would Scott Niedermayer have signed with the Ducks, and would they have Chris Pronger?

It was a bitter pill to swallow, no doubt, but in a grander scheme, maybe it was a necessary lump. I'm plenty happy with the team that we've got today, and you have to think things could be very, very different had the miracle Mighty Ducks won that stupid G7 in Jersey.

Anyway, since it's so darn difficult to keep track of irrelevant conferences, Jeremy from Devils Daily contacted me to do a Q&A exchange, similar to what I've done with Senators and Sabres bloggers in the past. Unfortunately, I haven't gotten his answers back, but I will insert them as soon as I get them, and will link up to my responses at some point, too.

In the meantime, feel free to respond to any of these questions, or ask something else if you like.

[EDIT 1, 9:30 am: Steve Lepore from Kukla's Korner has e-mailed me an informed set of responses, which I'll put in blue below. If I get Jeremy's, I'll add them too.]

1. First off, why not tell me a bit about the New Jersey blueline--it looks a lot different than what I saw back in 2003. I'm familiar enough with Vishnevski and Colin White, but who are these other guys logging the defenseman minutes, and what do they contribute?

[SL] Well, White and University of Minnesota d-man Paul Martin have led this defense, they have done a yeoman's job in leading the way for this club. Marty is the reason we're in a playoff race, but Martin and White have been terrific on the backline supporting him. The rest of the backline is a hodgepodge group. Vishnevski and Rachunek have been a waste of time to many Devils fans, but are merely mediocre to me. Mike Mottau has been a nearly Brian Rafalski-level revelation on defense. Remember how we found Rafalski? It's eerily similar to Lou Lamoriello discovering Mottau. He's played 25 Minutes on some nights! He kills penalties, and is steady on the d-line. Johnny Oduya is hated by the hundreds of thousands of Devils fans, but he is leading us in +/- at +13. He has not been nearly as bad as anyone says, but he's gotta calm down. He puts way too much pressure on himself. Larry Robinson has proved his weight in gold with the work he's done with this defense.

2. One of the big stories last spring was the late-season coaching changes by the Devils -- with four games to go (as I recall), Lou inserted himself behind the bench, and this summer gave the reigns to current coach Brent Sutter. Compared to last year, what are the strengths that Sutter brings to the coaching position? And how likely is it that Sutter gets to finish his existing coaching contract?

[SL] Sutter has been no-nonsense with this club. He's made everyone accountable. He's been loud and in charge. The problem with Julien was that the inmates were running the asylum. I think this is the guy that Lou saw and said "He's the guy". Not just to take over the coaching job, to replace Lou when he (God forbid) hangs it up in a few years.

3. One thing that the Ducks and Devils have in common -- they were both ripped off in last year's Selke Trophy voting, with clearly the worst choice Rod Brind'Amour using name recognition to his advantage (you can see my post about it here). It's a bit tragic, in that Pahlsson particularly opened some eyes in the playoffs, but now it seems that both Pahlsson and Pandolfo have been too injured to get another nomination this year. As a Devils fan, how much does it bother you that Brindy took home the trophy he didn't deserve, and do you think Selke voters will ever get a better handle on what they are voting for?

[SL] Well, considering I didn't remember it 'till you mentioned it...Pandolfo and Madden have deserved a golden ticket for years for their defensive play. Pandolfo's injury was a big blow to this club, especially since he was our leading scorer at the time, sadly. Selke voters are probably worse than Emmy voters. That's why a Red Wing or Brind'Amour will win it again this year.

4. As for this season, aside from the obvious pick Brodeur, who's been the Devils' most valuable player? Who has been the best value on their current-year contract? And if you could remove one existing contract from the New Jersey salary roster right now, who would it be?

[SL] It's seriously Brodeur, Earl. He makes $5 Million a year. Other than him, probably Zach Parise for MVP, and Mike Mottau for best value, as he's under $1 Million a year. I would take Dainius Zubrus and his 6 year, $24 Million deal off the cap, easy.

5. This will be the Ducks' first visit back to New Jersey since G7 in 2003, a very heartbreaking day from a Ducks fan's perspective. What's your best memory about that series or that cup run, and where does it rank among all of NJ's championships? Feel free to gloat; with Anaheim's recent cup win, we've gained a bit more perspective (and thick skin) about that 7th-game kick to the nuts.

[SL] I remember it, probably because it happened closest to tonight. It's really our 3rd best championship in my opinion (Sorry Earl). The Game 7 in Ottawa, Jeff Friesen's performance, Jamie Langenbrunner's cementing his place in Devil history, Marty getting ROBBED of the Conn Smythe (3 Shutouts in a series!). But yeah, I still remember a lot more about the '95 and '00 runs, but by no means is it less special. It is easily the loudest the Continental Airlines Arena has EVER been.

Prediction: I'll leave the same answer I left to answer Jeremy's questions. Ducks 2, Devils 1. Goals by Pahlsson and Rob Niedermayer, the two skaters remaining from 2003. Even though Giguere might be motivated to play, I'd expect to see Jonas Hiller tonight. Jiggy played last night, and will probably want to go Sunday in Detroit.