Ah, finally, it's the Pacific stretch! According to my internet image search, nothing says Ducks-Stars like: 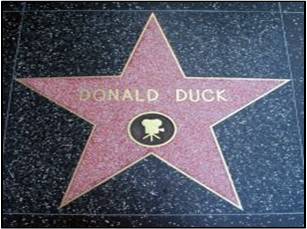 Hmm, maybe not. Perhaps this is better: 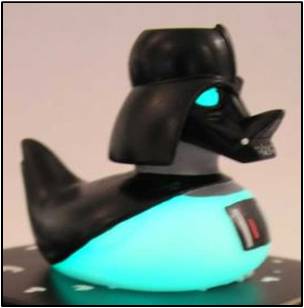 Luke, I am your feather.

Certainly the five teams have taken five different paths this year, but generally speaking, the Pacific's been getting better and better as the season's progressed.

Prediction: The way the Sharks have been winning, one has to wonder what's the best strategy for the Ducks and Stars; is it worth going all-out to try to catch them? Certainly 4th seed is covetable, but maybe whoever loses tonight's game might consider taking a fall down to the sixth spot, as probably the Northwest leader will have fewer points than the Pacific runner-up. This strategy may appeal to the two teams differently, though. The last time the Ducks were 6th seed, they won a G7 in Calgary; the last time the Stars were 6th seed, they lost a G7 in Vancouver. Ducks 4, Stars 2. Goals by Selanne, Schneider, Pahlsson, and Kunitz.

[Update] A liveblog of the game from a Dallas perspective is available from Untypical Girls. Thanks to Jen for the link.