I got nothing today. Well, nothing but this nonsense cartoon: 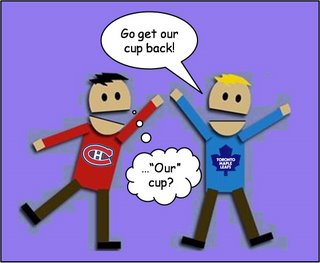 Because of schedule conflicts, I didn't watch the last two Ducks games, in which Anaheim managed to score exactly zero goals. Fret not, though, I'll be watching tonight. I don't know about the rest of you, but I'm still on a six-game win streak!

No Corey Perry for the next six weeks, I'm told, but I want to see how Carlyle plays this for a game before I say too much on that.