The Kings are currently in last place in the NHL with 64 points. The next closest team in Tampa Bay, who have 2 more points but have played 1 less game. It's in the Kings' best interest to finish 1st overall, since they're chance of getting the 1st overall pick is about 2.5x higher than if they finish 2nd. Still, getting any of the top picks should guarantee us an excellent player, so it could be argued that it's not a huge deal where we end up. 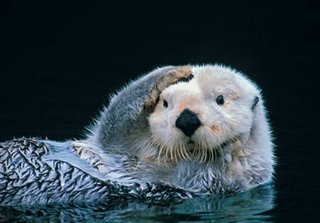 Meanwhile, the Dallas Stars are in 5th place in the Western Conference with 89 points. Their 1st round draft pick (which the Kings own) is currently 25th, but they are close to finishing in the 22-23 area if they continue slumping like they have lately. This would give the Kings a better chance to acquire Dean Lombardi's "Coveted Prospect That No One Has Ever Heard Of;" or, it could be used in a trade. Some, however, argue that once you get into that area of the draft the scouting is more important than the pick location, and I kind of agree with that.

Now, to the crucial decision for today's game: who should I want to win? The Stars, which would bring the Kings closer to the first overall pick and sweet, juicy Stamkos? Or the Kings, both to satisfy my need for schaudenfrude and also to get the Kings a better late-round draft pick? I honestly don't know so I'm asking you.

(Oh yeah, and Kyle Calder is out for the season with a broken finger so the Kings called up John Zeiler. WHOOPEE.)

Prediction: I guarantee this game goes to overtime.


Edit: I looked at Brad Winchester's Yahoo! profile to see if he'd been playing lately (I wanted to see if there was someone Ivanans could fight) and I saw this:

It made me feel bad for Brad Winchester's dad. (I assume his name is "Bud" or "Colt" or something similarly awesome.) Still, Brad's last name is Winchester, so he's got that going for him.