Share All sharing options for: Kings Gameday: This Seems Familiar... 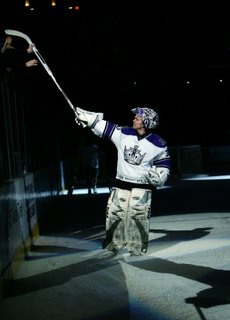 Tell me if you've heard this before:

Who am I talking about? Erik Ersberg. And, Jonathan Bernier. Both are a little smaller than you'd like but both have great rebound control and very fluid motion. Bernier ended up proving he wasn't quite ready for the big show, while we'll have to wait and see what happens with Ersberg.

I'm not trying to be a downer; I'm actually in a great mood today because Corey Perry got hurt and I just heard Vin Scully say, "It's time for Dodgers baseball," for the first time this spring. I'm just saying, there's a reason Ersberg is just getting his shot in the NHL at the age of 26 (just turned today). I'd like to see him go on to become the next first great Kings goaltender, but I've seen too many come and go to get too excited right now.


Why do people hate Patrick O'Sullivan? I've noticed this for a while now, but the Senators game kind of brought it to a head. He got kneed, knocked down in front of the net, and then elbowed after he scored the game-clinching goal. I mean, he doesn't stick people as far as I can tell, and he never talks, so I don't get it. I have 2 theories:

1) His line. Opposing players can't hit Kopitar (because he's 6'4" and hitting him would start a war) or Brown (because he'd beat the hell out of them), so they go after O'Sullivan. The problem with this theory is that guys like to hit O'Sullivan even when he's not playing on the top line, so I don't think that's the only explanation.

2) His face. He always has that same look on his face. This one: 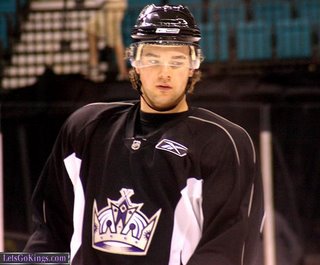 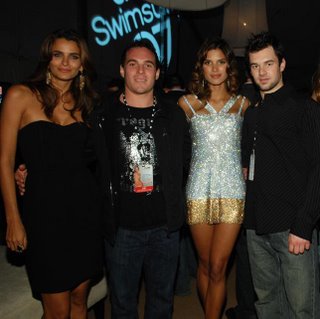 ...it's that face. The same slack jaw, those same cow eyes. I want to punch something just looking at it. I think guys see that face the entire game and it turns into maniacs. I fully expect to see Michael Komisarek try to fight Patty by the end of the game.

Speaking of Michael Komisarek, he's closing in on Dustin Brown's once substantial lead in hits. As of today, Brown is still leading with 274 hits, while Komisarek is in 2nd with 250. That is a story line to watch during the game, as they're likely to match up against one another.