Share All sharing options for: Sharks vs Montreal Canadiens photos - exhibit 1A why hockey is better when played in Northern California 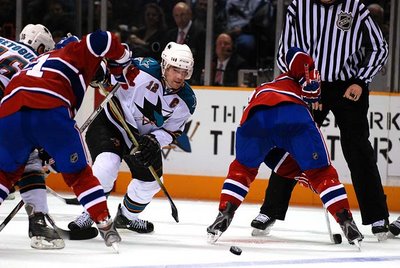 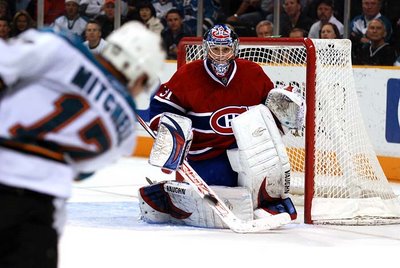 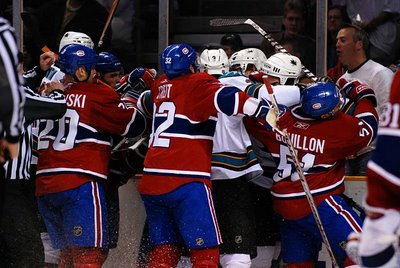 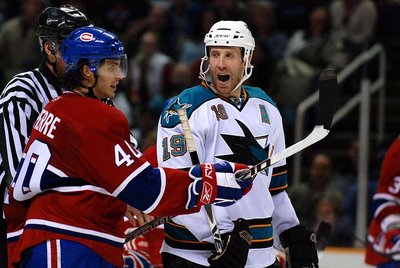 The Sharks hammered the Montreal Canadiens on Monday 6-4, knocking off the top team in the Eastern Conference. I spoke with a handful of fans, members of the Montreal media, and even a few empolyees of the Sharks, and many believe that was not only the best Sharks game of the year, but possibly the best game played at HP Pavilion in several years.

If you have NHL Center Ice, or NHL Center Ice Online, take a look back in the archived games section and give it a look. The action starts early. A few notes and more photos from the game are up on Sharkspage here.

It is not something I am going out there and trying to do. It's a move that is successful in getting away from traffic. Either coming up the ice, it depends, it has to work right. Guys have to come at me right, and I have to have a little time. It's the first time I scored on it though. I will usually do it sometimes in my own end. Joe gae me a nice hard pass, so I had a little more time.

I love (playing at HP Pavilion). The crowd was loud. It was almost like a playoff atmosphere. I have been really, really surprised, in a good way. I am very happy with the situation right now.