Share All sharing options for: Sharks vs Ottawa Senators photos 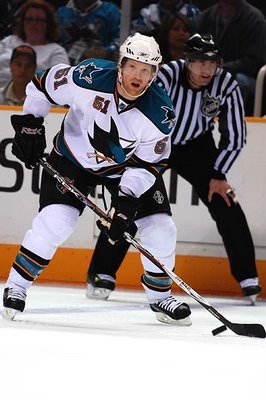 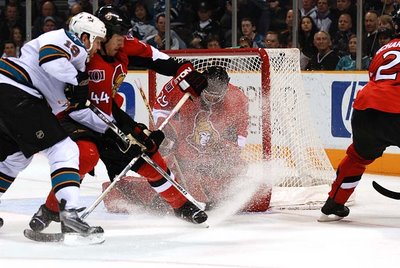 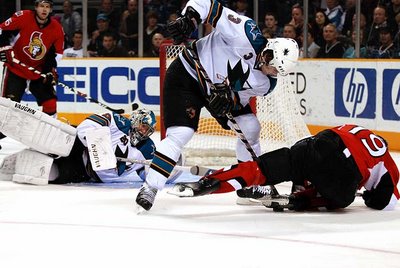 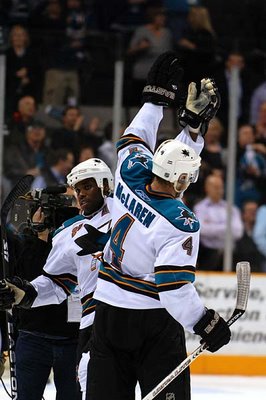 Here are a few photos from the Sharks 3-2 overtime win over the Ottawa Senators.

Patrick Marleau is starting to roll. His overtime game winner against Ottawa stretched the Sharks winning streak to 7 games, vaulted the Sharks over Anaheim for 4th place in the Western Conference, and brought the Sharks within 3 points of Pacific-leading Dallas with 3 games in hand. The Sharks captain and oft-lamented trade rumor magnet scored 3 goals and 3 assists in his last 5 games, registering a +4 in that span.

More photos and notes from Ottawa vs San Jose here.

Sports Illustrated asked NHL players to rank hockey fans by city. Montreal was overwhelmingly named the city with the best fans garnering 35% of the votes. Minnesota was second with 13%, Calgary third with 11%. Only California team to make the top ten... also the second best U.S. based fans according to NHL players... the San Jose Sharks in a 6th placed tie with Toronto at 5%.

Make that Exhibit 1B. Take that Letgokings.com and Allducks.com. War Thefeeder.com and the Hammerhead Booster Club.