Share All sharing options for: Ducks Gameday—A game without logos

I created this material for a Dallas gameday post earlier this year, and I apologize to hardcore readers for the recycling, but I've been a busy guy this week. I'll set the gag up by first showing the Stars' road and home jersey: 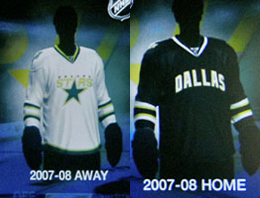 Notice what's missing from the Home jersey
Now the gag: 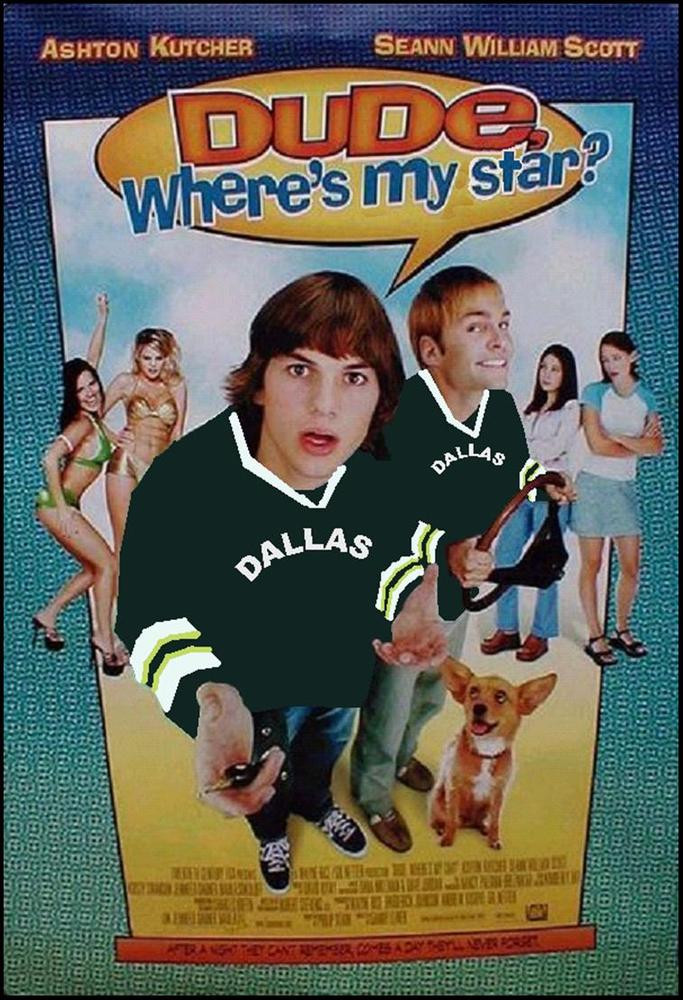 As for the game tonight, I think the easy thing to do would be to smile and declare "The Ducks are back! All our problems are over!", but I’m far from convinced, really. I mean, it’s great that the Ducks scored the first (second, third, and fourth) goal of the game for a change, but it’s not like they showed me that they’ve fixed what’s went wrong in the first two games; I’m still very worried about what happens the next time Dallas takes a lead, or even what happens when Turco doesn’t allow four goals on the first eight shots. In terms of Ducks "character", I found the game not very revealing at all. Just a good result stemming from a blowout start.

One thing I'm glad about, ironically, is that game three didn't end in a shutout. It's very critical that the Ducks take tonight's game just as serious as they took the last one, and a blowout dominant win can sometimes be the worst thing for a team in a seven-game series. (Last year, Detroit blew out the Ducks 5-0 in game three, then never won again.) The Ducks cannot afford to get overconfident in some "we're back, and things are OK" mentality, especially against the Stars. Hopefully Morrow's two PP goals will help send home the message to the Ducks: be ready and be careful.

Oh wait, what am I worried about? Spade has fixed the penalty kill.

Prediction: I don’t know if we should take very much comfort out of this fact, but Anaheim is 10-1 in its last 11 game fours (dating back to 2003). Still, three other western series are tied 2 games apiece; let's make it four. Ducks 3, Stars 1. Goals by May, Pahlsson, and Perry.

p.s. Found out yesterday that I'll be back in row B for G5. More on that tomorrow.