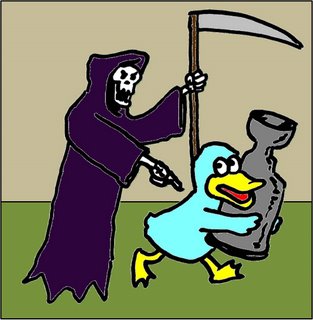 I have a theory about overcoming 3-1 series deficits. Generally speaking, in order for a team to come back it needs to: Friday night the Ducks won a game they deserved to win, so now it's time to get lucky.

There's good signs and bad signs for tonight. The good: in Anaheim's franchise history, it has never lost a Game Six (5-0, outscoring opponents 18-11). The bad: game results so far in this series mirror the tables-turned version of the 2003 DAL-ANA series (except this time, there's a lot less overtime), which would mean the series ends tonight.

So pour yourself a drink, load a bowl if you're 4/20 motivated, and hang on. Let's see if the Ducks can again escape the jaws of elimination.