The Kings Madness competition is now down to its final four. There have been upsets, buzzer beaters and heartbreak so far, but now it's serious, folks. Here are my original predictions and here are the final match-ups:

Holy shit. This is basically the Western Conference Finals, because whoever wins is pretty much guaranteed to win the whole thing. I mean, you have the world's greatest hockey player versus "Lucky" Luc Robitaille. Here's the way I see it: 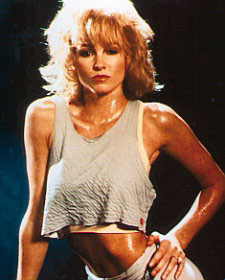 Wayne Gretzky is The Great One. He's so far above Luc Robitaille in terms of hockey ability it's ridiculous. But, he doesn't belong to the Kings. He doesn't belong to the Oilers.* He belongs to hockey fans everywhere. Gretzky gave us 8 great years, but that wasn't unique to us; he gave that to fans of hockey everywhere. I mean, last year Columbus fans gave Gretzky a standing ovation at the NHL draft. It's ridiculous and foolhardy for Kings' fans to try and claim him for themselves. 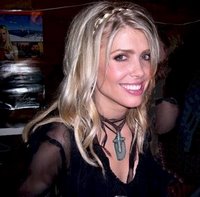 Luc Robitaille, on the other hand, is a great player who completely belongs to the Kings. He was drafted, groomed, and celebrated by Los Angeles. He owns the Kings all-time scoring record is staying with the team after his playing career ended. More importantly (at least to me), he was never really the same when he was with another team. He gets traded to Pittsburgh and then New York and puts up a high of 69 points in 3 seasons; then he comes back to LA and puts up 74, 74, and 88 point seasons in consecutive years. He goes to Detroit and wins a Cup, but then he comes back to LA and has a renaissance. Plus, Luc has a way better personality and is far more fun than Gretzky. You wouldn't vote for Luke Skywalker over Han Solo, would you? Wayne Gretzky is hockey, but Luc Robitaille is the Los Angeles Kings.

*Gretzky's Hall of Fame display has his Edmonton and Team Canada jerseys hung up, proudly displayed. His Kings jersey? On the ground, wrapped up so you only see his name on the jersey and not the Kings crest. Oh, Canada.

What the hell? This is like if George Mason and Davidson both made it to the Final Four. Hold on, I need to talk to Kings fans. If you're not one, skip this.

C'mon guys, the Kings have 41 years of history and you vote for the guy who has been on the team for 2 years? That's stupid. Blake is acceptable, since he's the only King to win a Norris Trophy, but Kopitar? Maybe one day, but it's retarded for him to get this far. He was in the same division as Marcel Dionne, for God's sakes! Who did he lose to anyway... Marty McSorley? And in the Elite Eight you voted for Dustin Brown over Rogie Vachon??? And you voted for Kopitar over Kelly Hrudey????????????? God you guys are idiots. How are we supposed to brag about how we are an actual team to Anaheim and San Jose if you guys are going to only pick players that have been around for the past 15 years? At least fake like you care about the past. You're embarrassing me.


So, in conclusion, I think it should go like this: Robitaille wins over Gretzky (with all due respect), Bowlby beats Kopitar, Luc wins the whole thing. Afterwards, the Kings start showing mandatory history films before games.