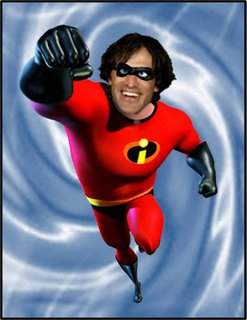 I'm going to be doing a Ducks-Stars series preview for Fanhouse on Wednesday, so I don't want to delve to much into that matchup just yet, but in updating my spreadsheets and going through the Ducks' season, I found some pretty incredible numbers about unretirement advocate Scott Niedermayer.

The second segment has 41% more games than the first segment, and yet 8% fewer goals-allowed. In fact, if you prorate that second segment to 82 games, that projects to only 150 GA, which would have won last year's Jennings by some 34 goals and this year's by some 29 (I say "some" because I don't know if shootouts count or not). Whatever. It's a huge margin.

Most evident in that goal-a-game improvement is penalty killing: the Ducks allowed 41 power play goals before Scott's return and only 28 post-Niedermayer. Percentage-wise, the penalty killing improved from 78.8% to 86.7%, and the Ducks were shorthanded less frequently as well. Times-shorthanded-per-game improved from 5.7 to 4.4 (boy it's nice to have a diplomat on the ice). 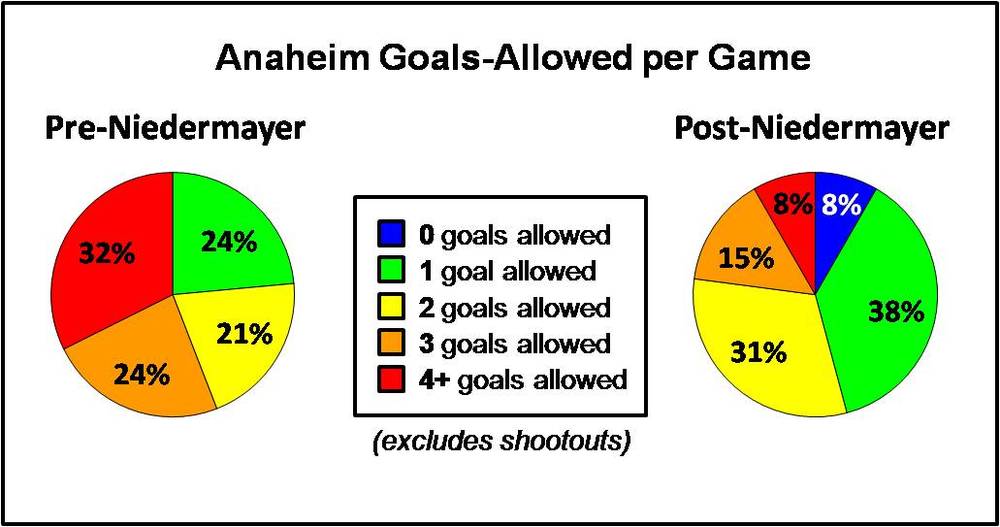 Now I do want to throw a strong caution around all these glowing statistics: it isn't the case that Scott Niedermayer by himself is that good (or really, that much better than Pronger); there's a lot of factors to consider in these numbers. For one, the start of the year was a rough one; the team fought through early-season injuries to Giguere, Pahlsson, Schneider, and Bertuzzi, not to mention a crazy travel schedule coming out of London. Also, the quality of goaltending certainly improved as the year went on, both from Giguere and newcomer Hiller. There was going to be some improvement in Anaheim's numbers no matter what Scott did.

Still, it does carry home a point about how inserting talent at the top of the roster can dramatically improve a squad, as we saw last year when the Ducks acquired Pronger. It's not necessarily that Niedermayer can get better results in a shut-down role than Pronger (or vice versa), but rather that in one of them carrying that load, all the rest of the blueline gets to adjust to an easier role. When Niedermayer supports the Pahlsson line, the Pronger pairing and the Schneider pairing get minutes against lesser scorers, and as a result the team picks up wins.

Now I'm not promoting any half-season Hart Trophy or anything, but I do think it's a stunning set of statistics that provide the prevailing story of the Ducks' season, and why they performed so well in the last two quarters of Fenwick's tables. Short answer: Scott is Mr. Incredible.

Here's the kicker. Since Scott's return December 16, the Ducks have continued to score at a dismal rate of 2.42 goals per game, which ranks 26th out of 30 teams since that date. Yet their defense has been so incredibly stingy that their goal differential (+0.58 G/gm) ranks 4th in the league over the same stretch. The shaky offense does make the Ducks a tough team to figure out this spring, but the blueline certainly demands respect. More to come in the Fanhouse preview Wednesday (be warned, I will be regurgitating some of this info).

[EDIT: Bloggers covering different playoff teams wrote in for a Pensblog Playoff Preview, and I covered the Ducks, though mostly using material I've covered here before. Still, the cartoon is new!]

[EDIT 2: This guy beat BoC and four other blogs in the NCAA basketball contest, and will at some point be writing a gloat post to educate us all on Cal Bears football. But hey, we weren't last!]