Another article worth reading

Share All sharing options for: Another article worth reading 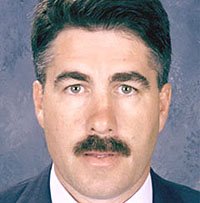 Message to NHL GMs: stand by your man/coach/mustache


The Sharks next head coach search will one of the most intriguing stories going into this year's off-season, especially considering the fact that there aren't really a ton of big names in free agency.

I'll leave the SJ bloggers to decide whether the Wilson (non)brothers possessed the shared vision, open communication lines and other intangibles it takes to make a good GM-coach tandem (I assume they thought pretty similarly, but that's just because they share the same last name). It's certainly helpful that Doug Wilson will get to choose his own coach, but it's important to remember that a well-run franchise can still hit a brick wall after making foolish coaching decisions.

As much love as Loophole Lou gets in New Jersey, he obviously lacks the ability to find coaches who can satisfy his considerable ego. His late season firing tendencies show that an ill-advised coaching hire can mean big problems.

I think that's one reason why Dallas and Detroit have maintained such high levels of success. Detroit wisely chose Mike Babcock, easily one of the best coaches in the NHL. And the Stars stood behind Dave Tippett even though people listed him as one of the scapegoats for the Stars' first round exits year after year.

The stability of Tippett and the all-around brilliance of the Red Wings' management should stand out to copy cat teams, rather than their playing styles. Though top-to-bottom competence requires a disciplined, intelligent plan of action.

So don't expect to see that happen with teams like the Panthers or Islanders.

Check out this interesting article, which is actually on the higher profile GM-coach dynamic in the NFL (most hockey GMs are vaguely anonymous by comparison).

One quick aside: Brian Campbell is not worth $6M. It has to be said and I will say it many, many times.