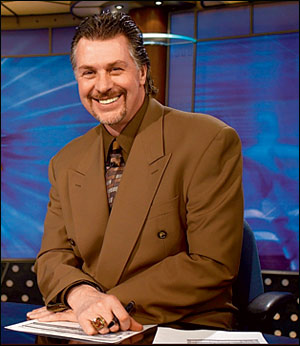 I spoke briefly with ESPN analyst and former Kings coach Barry Melrose today to see if he was still interested in coaching, if he would be interested in the opening with the San Jose Sharks, and if he thought the lineup in San Jose was more talented than the Detroit Red Wings or Dallas Stars. His answers were yes, yes and yes.

The full post is on Sharkspage here. At the State of the Sharks question and answer session next tuesday, President and Chief Executive Officer Greg Jamison, Sharks Executive Vice President and General Manager Doug Wilson and Sharks forward Jonathan Cheechoo will be available to answer questions.