Share All sharing options for: Battle of the Stanley Cup box office blockbusters 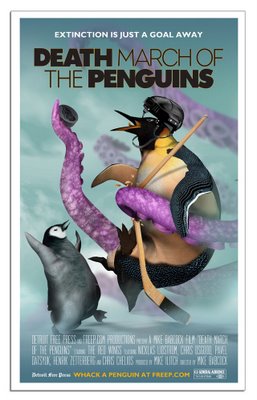 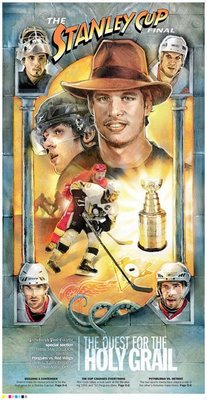 Pittsburgh Post-Gazette designer Ben Howard was responsible for this Indiana Jones-Sidney Crosby takeoff. Indiana Jones and the Kingdom of the Crystal Skull is one of the most bizarre sequels ever to come out of Hollywood. Steven Spielberg and George Lucas wanted to make a sequel to the X-Files and National Treasure, but with Harrison Ford and the Indiana Jones franchise they made Crystal Skull instead. 124 minutes of my life I will never get back.

Movie equivalent for the Sharks failed Stanley Cup run this season: Aguirre, the Wrath of God. The 1972 film written and directed by eccentric filmmaker Werner Herzog featured Spanish conquistadores in a brutal and grueling quest down the untamed Amazon river in search of the legendary city of gold. The quest does not turn out well, and many of the soliders end up on a raft floating aimlessly towards nowhere.

Nominate your films for the Ducks and Kings seasons in the comments. 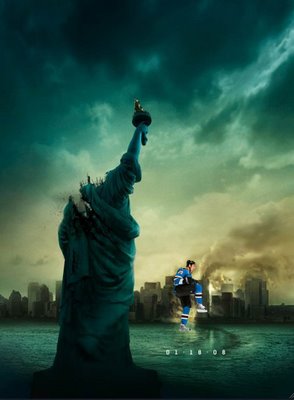 [Update] We Bleed Teal noted earlier that Ryane Clowe was a "monster" in front of the net against Calgary. A Cloweverfield monster.