*Note: you're never going to get a reasoned opinion on Rob Blake, but I'm going to give it my best shot. This will be purely about his ability on the ice, not his character. And I'm not even going to delve into the whole trade deadline thing because it's been done. Let's try to keep it civil.


Rob Blake can still be a productive defensive player in the National Hockey League. I think his problem is that there is a fundamental misunderstanding of what he can and can't do. Blake is an odd character because he can't really be a great player 5-on-5, but he can still be an elite defenseman on special teams if he is used correctly. 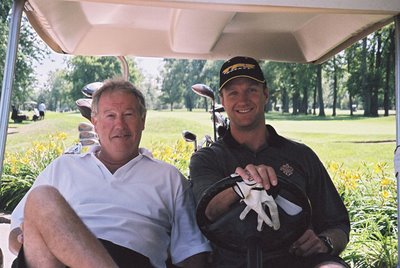 Rob Blake's season can best be split into 3 stages:

It's tough to gauge Blake's worth over a full season, since each stage is so distinct. He was worthless those first 2 months and unappealing during the last 2, but there was that time in between where he was the best player on the ice for either team. Was he just lucky or is there still a little Norris that can be squeezed out of him? I'd be willing to spend $2-3 million to find out. 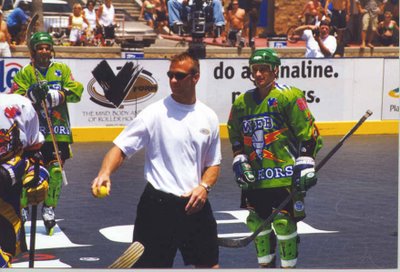 Penalty Kill: Blake is a fantastic defenseman on the penalty kill. He is great at clearing the front of the net. In fact, he's probably too great at that; Marc Crawford does not allow Blake to move from the front and expects the other defenseman to run around from corner to corner behind the net. This usually results in a tired defenseman and a scoring chance for one of the corner guys. If the Kings allowed Blake to leave the front of the net, I think their penalty kill would benefit from it.


Power Play: This is more of a stylistic thing, but I don't really like the Visnovsky-Blake pairing on the power play. Once again, the Kings have Rob Blake in a rigid role where he is the shooter and that's it. Visnovsky will occasionally shoot (and score), but he mostly serves as a set-up man for Blake's booming but inaccurate shot. Teams that scout the Kings know that they're trying to set up a shot for Blake and can easily gameplan against it. Visnovsky is at his best when he can move and make the defense guess, and he needs a partner like Joe Corvo to do that. I'd much rather see Blake with Tom Preissing next year and let Lubo do his own thing with someone who will react to him. 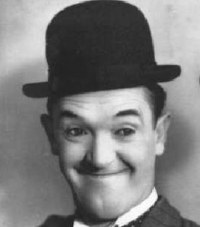 Blake's value is on special teams. He's probably a little to slow at this point to be a valuable 5-on-5 player (Johnson, Visnovsky and Kopitar all averaged more Even Strength TOI last season), but I think Blake can thrive in a role similar to Brad Stuart's. Let Blake get around 13-14 minutes at even-strength and then let him take heavy minutes both on the penalty kill and the power play.

If the Kings could sign Blake to a 1-year deal for around $2.5 million, I would be stoked. I imagine the Kings are going to see a lot more young defensemen on the team for at least a cup of Snapple next season, and Blake is a great locker room presence simply because he's Rob Blake.* Blake does not have to be (and really can't be) the Kings' best defenseman anymore; hopefully, everyone realizes that.

*I mean because he's one of the best defensemen of the turn of the century, not because he has mystical pedagogical techniques. If David Fincher gives you advice on making a movie, it's going to carry more weight than if it came from Uwe Boll.#

#Brian Willsie would be Uwe Boll in this situation.