The referees in the NHL have never been better. They're professionals, they don't travel with the players, they are judged on every game the officiate, and they have a review system that allows them to check calls whenever they feel it's necessary. And yet, to hear fans tell it, this is the worst refereed playoffs in the history of the NHL. I'm here to say, "Shut up." Nobody cares that your player was called on a high stick in the 2nd period when the replay clearly showed that the opposing player simply snapped his head back. Nobody cares that a photograph revealed 18 hours after the fact clearly caught the puck go an inch over the line, yet the video officials refused to overturn the call because they didn't have clear evidence. Nobody cares. I'm not even going to say that referees should always look to improve and every call should be right, because that's never going to happen. So just shut the fuck up and watch the game. 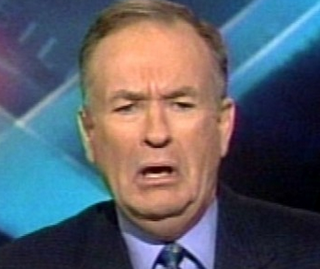 I think whining in hockey (and in all sports) has increased in the past few years for 2 reasons: video review and the internet. Video review means that people can slow down the action, see the play from 8 different angles, and come to a determination on what really happened. Refs don't have this luxury. Have you ever reffed a game before? It's really hard. Most of the time you're not really focusing on the puck. You're focusing around the puck, watching the stick of the defender while also keeping one eye on the trailers of the play to make sure they're not interfering with one another, while having a third eye on your partner to make sure you're getting the best coverage of the play possible. I'm not amazed refs get calls wrong; I'm amazed they get so many right.

The internet bothers me because it serves as an outlet for many of these whines. Not to get all Buzz Bissinger on you, but people use the internet to vent frustrations they normally would rant to their roommates about, or maybe beat their wives over. Wasn't that a much more pleasant time, mostly because it didn't affect me in any way? Now, I have to listen to Blues fans complain about how the NHL wants the Blackhawks to win, while Chicago fans complain that Detroit is clearly being favored in this game, while Detroit fans are gearing up to whine about how much favor Crosby gets. It's stupid and pathetic and in no way enhances the game. 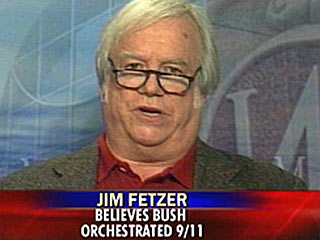 So, in conclusion, stop whining. There is no NHL conspiracy to get one team to the Stanley Cup Finals (I never understand why people claim this AND claim Bettman is incompetent), and there is no conspiracy to help one team win the Stanley Cup. I'm trying to enjoy watching one of the best NHL playoffs in recent memory but your constant bitching has me more frustrated than Michael J. Fox trying to use a pair of binoculars. It's all luck and no one knows what the hell is going on. So just watch the game, enjoy it, and the next time you feel like ranting about officiating just do us all a favor and eat some rancid meat or something. Thank you.


I'm taking 2 weeks off starting Saturday as I'm off to visit Norway, the land of my ancestors. I plan on getting to the bottom of this whole hockey thing and figure out why we're getting our asses kicked by Finland and Sweden. (Plus, I'll need to get out of the country for a few weeks after that Michael J. Fox joke.) I'm also headed to England, which should be fun; it'll be nice to be the tannest, fittest person on an entire island. I've got a few posts lined up while I'm gone and I'm sure Earl and co. will keep you entertained 'til I get back. Ha det!