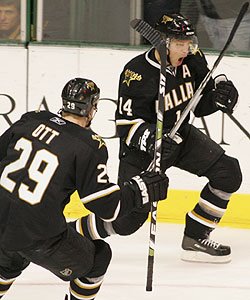 Ott will probably be back, but is this the end of the road for "Stuuuuuu"?


I wouldn't be surprised if this is the end of the line for the lovable Stu Barnes. He missed half of the second round and all of the Red Wings series with concussion-like symptoms and must be wondering if he really wants to put his undersized body through any more abuse.

Mattias Norstrom would be worth re-signing, but it would have to be at the right price.

I would compare him to the NFL's Jeff Fisher for stability and competence, but Tippett stabbed us all in the front by shaving his mustache. 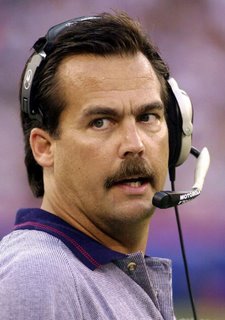 Still, his probable $4-5 million per year salary would give me a pause. He's not the most reliable player. One word that often comes up with Malone is "inconsistent." Still, on a team where he's a complimentary part of a big line, he can certainly open up some space and do a little bit of everything.