Mike Camalleri Gets Traded, Rudy Kelly Does a Live Blog

Share All sharing options for: Mike Camalleri Gets Traded, Rudy Kelly Does a Live Blog

Calgary gets Cammalleri, the Kings gets the 12th overall pick from Anaheim, Anaheim gets 2 selections later in the 1st round. Holy shit. Good luck in Calgary, Mike.

Who do the Kings draft? Colton Teubert, maybe. This shit is crazy.

Fuck it, I'm going to watch this anyway, might as well write about it.

-I forgot that the Kings interviewed the 2nd tier forward prospects, so Lombardi might be focusing on one of them.

-Len Barrie owns the Lightning now? How the fuck does this guy have any money? I remember when he was on the Kings and he almost killed my poor brother. He'll probably end up trading Vinny Lecavalier and eating Stamkos or something.

-Doughty! Great right-hand shot, incredibly smart, should line up next to Jack Johnson in the future. Woohoo!

-If Doughty goes straight to the NHL, does that mean Hickey is ticketed for Juniors again? I can't imagine the Kings breaking in Doughty, Hickey and Johnson next season.

-I don't understand why people keep bringing up Doughty being fat. The best hockey player I ever played with looked fat with his shirt off, but he was a Goddamn dynamo on skates. The muscles you use for hockey aren't the ones that show up when you're at the beach. Besides, I'd rather have a guy who is smart and needs to get in shape than a guy who's cut but still needs to develop hockey sense.

-I'm still not sure what to think of that Olli Jokinen trade. I like Jokinen even though he looks like a giant baby because he used to be a King, but I guess I'll have to start hating him. That's an awful lot of defense for Phoenix to give up though, isn't it? Oh well, I guess I'll just assume it's retarded. That's called professionalism, friends.

-Jesus, couldn't they put the 1st rounders a little closer to the stage? Poor Pierre McGuire is going to have an aneurysm coming up with facts while the players stumble down to the platform.

-Can we send some A/V guys up to Canada? I haven't watched a single NHL event that isn't stilted and awkward as hell.

-Oh hey, you know who the GM of the New York Islanders is? Garth Snow. That never fails to crack me up.

-Does it creep anyone else out how much Bob McKenzie and Pierre McGuire know about these kids? I would get a restraining order if I were a potential draftee. Do they have Dateline in Canada?

-Ah, the smooth baritone of John Davidson. Hey, what the hell? No one wants to hear some guy named Jarmo, put Davidson back on.

-God, Canadians make me so mad because they're so unassuming. I mean, Alex Pietrangelo said he's never owned a car! Where the hell are all the assholes? I get the feeling I could rob a bank up there just by walking in and saying, "Hey, I'm American, give me your money." It's an entire country of Ned Flanders'.

-My brother pointed out another person that looks like Nikita Filatov: 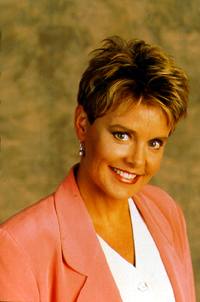 -Someone needs to get Pierre McGuire a towel; I think he just got a little too excited over Luke Schenn.

-I guess I was a little too hard on Pierre McGuire; Schenn was named Best Defenseman of this last year's World Junior Championships... no, wait, that was Drew Doughty. Maybe it's because Luke Schenn played all by himself in a shutdown role... no wait, he played with Thomas Hickey. Well, Luke Schenn did get picked for Toronto, and that's something.

-Holy shit, RJ Umberger was worth a 1st round draft pick? How the fuck does that happen? Columbus better hope Brian Campbell signs with an Eastern Conference team.

-There we go, now there's an asshole. Nikita Filatov doesn't take any of your stupid Canadian questions, TSN. They asked him who he modeled his game after and he said Sidney Crosby. Really, Nikita? You model your game after a guy 2 years older than you? You're not Nikolai Gogol, you're supposed to make sense.

-Colin Wilson gets drafted by Nashville and Pierre McGuire takes a second to mention that although Wilson was born in the United States and wants to play for the US, he should really be considered Canadian because he learned how to play in Canada. This is awesome. I guess McGuire's technically correct, although I can't blame Wilson for wanting to be American; who wouldn't?

-I think it would be awesome if Wayne Gretzky just snapped one time and shouted, "Shut the fuck up! I know I'm fucking amazing, stop cheering for me! I always hated you people anyway!" Of course, you know he loves it because he always announces the draft picks. Give Rick Tocchett a shot, will ya?

-Aaaand we have our first mullet of the night. Who had a Dane in their pool? Congratulations, Michael Boedker; you truly are a "Great Dane." *Gun shot

-Wait... did Wayne Gretzky just call his goaltender "Evgeni Brzygalov?" What the fuck? You're the COACH OF THE TEAM, who do you fuck that up? Also, it was kind of sad that he mentioned that they traded for Jokinen to match up with other top centers in the Pacific and then mentioned Ryan Getzlaf, Joe Thornton, Mike Modano... and that's it. C'mon, man, Modano's not better than Kopitar!

-Wait, hold on, Luc Bourdon died? When the fuck did that happen? Was I in Europe? That sucks. Also, I think you can guarantee you're going to hell when you hear a prospect died and the first thing you think is, "Wow... thank God the Kings didn't trade for him." I'm sorry.

-Huh. They were talking to Cody Hodgson, a forward picked by Vancouver, and they casually dropped that he was probably the best player at the World Juniors. I think that's news to Viktor Tikhonov, the MVP of that tournament. Jesus, Canada, you won the fucking thing, let it go.

-You know what's funny? Kyle Beach was widely assumed to be ticketed for Anaheim, not because he was skilled or because he fit a need; it was purely because he was an asshole. He ended up going to Chicago, but that's quite the rep they've got going in Anaheim.

-Looks like the Kings are trading their #12 pick. Aaaand.... it's the #12 for the 13th pick and a 3rd rounder in '09. Is Dean Lombardi some sort of evil genius? Sometimes I think he's smarter than everyone else, other times I think he's John Nash.

-I'm calling myself as an idiot. Colton Teubert goes instead. Let's see what we have now:

I'm aroused. Can I just get in a time machine and hop forward 3 years?

-Oh hey, the Ducks are up. Haha, Brian Burke started off by saying, "It's great to be back in Ottawa." I don't care what anyone says, I like the guy; he's funny and he's an asshole. Anyway, the Ducks draft some douche bag and he'll be a bust. Next!

-This is confusing: why would a guy named "Chet Pickard" be a perfect name for Nashville to draft? Chet is a name associated with New England, not the South. I don't get Canada.

-Paul Holmgren looks like a cross between Kirk Douglas and Bret Hull.

-Michael Del Zotto gets drafted by the Rangers and proceeds to take 9,000 minutes to get to the podium. "Hey, Adrian Brody+Sydney Crosby, hurry the fuck up, I got some drinkin' to do!" That was Chet the Squirrel; I kinda wish I hadn't invited him.

-Alright, Chet and Squirrely both overruled me, so I'm going to have to bow out. Just to recap: the Kings are going to win the Stanley Cup in the next 5 years. You guys think I'm an asshole now? Wait 'til the Kings are actually good.