[EARL EDIT: Rudy is still on vacation a few more days, but he did prepare a few posts, and I've been dutifully publishing them. Quite a game last night (I guess) -- I was stuck in an all-day client conference and dinner and got home in time for the 3rd OT. I was on the phone with my Red Wings buddy, and had the nerve to point out to him before the game was over that in the first two rounds of the 2003 playoffs, Petr Sykora scored only two goals (I think) -- a 5-OT winner against Dallas and a 2-OT winner against Minnesota. Now my friend hates me. Anyways, here's Rudy...]

Tom Preissing is boring and looks like a frog. Instead of making you stare at him, I thought I'd put up pictures of things that were more interesting than Preissing. Enjoy. 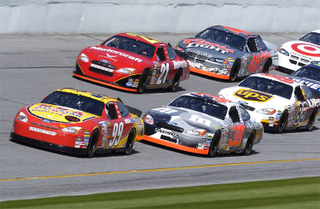 I have to admit, I don’t know what the hell to write about Tom Preissing. He was basically worthless most of the year. He is the softest player on the team (not on defense, but on the team) and rarely made any plays that made you take notice. On the other hand, he didn’t necessarily make any plays that made you take notice the other way, plays that made you curse the day he was born. Plus, you look at his numbers at the end of the day and you think, "Not bad for a 5th defenseman." I wish Preissing had played much better or much worse because then I could either hope that he’ll continue his play or bounce back. As it stands now, though, I don’t know what to think.

When I was in college, I played with a guy named Conrad. Conrad was a defenseman and never 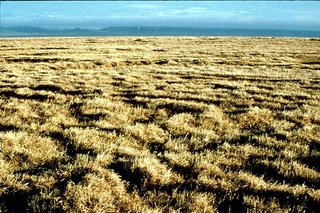 really did anything that made you think he was a great player. You watched him, though, and you realized that he’s a guy that will play to the level of his opponent. He didn’t have the puck-handling or shot skills to stand out, but he was a great skater and was always in the right position. We could play the worst team in the league and he wouldn’t take over the game, but we’d also play the best team in the nation and he would more than hold his own. He was at his best when he could play with a defenseman that could handle those physical battles and forwards that could create something for him. Does that not make him a good player? No, it made him different. People who didn’t understand that couldn’t really see the difference.


Preissing is really a product of his environment, I think. When Preissing was on the Senators, he was a good 4th defenseman and an asset on the 2nd power play unit. He feasted on those second unit match-ups. On the Kings, however, Preissing was put on the 3rd unit because Stuart, Johnson, Visnovsky and Blake all needed their minutes. This meant that Preissing was playing with largely unskilled linemates and couldn’t really play off anyone else. Hopefully as the Kings get better, Preissing will find a role with which he is comfortable and can eventually earn that $2.5 million over the next 3 years. 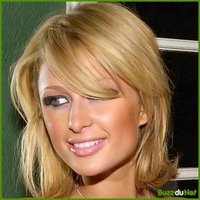 As it stands now, Preissing is our 4th best defenseman. Playing with a guy like Jack Johnson, Preissing could thrive. The question is, is he good enough to earn that role? The Kings would be best to get a solid defensive player to pair with Preissing, but again, do we really want to accommodate a guy that is not one of our better players? At some point, Preissing will have to prove to the Kings that he can help them, not the other way around.


And I’ve been thinking more about the Kings’ power play (what am I supposed to think about, Darfur?), and I’m starting to fall in love with the Blake-Preissing unit. They could play on the first line with Kopitar, Brown and Cammalleri (giving that line a playmaker and 2 shot takers), while Visnovsky and someone else (Johnson or Harrold) could create with Frolov, Boyle and O’Sullivan. Top 10 power play right there. 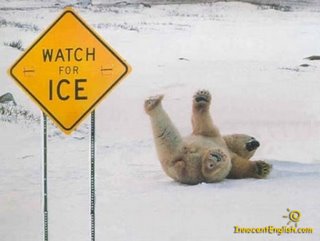 Wait, this picture is actually interesting. I like to think he's yelling, "Oh, the irony!" in Polarese. Stupid bear, that's not really irony.