What a difference a pick makes...

Share All sharing options for: What a difference a pick makes... 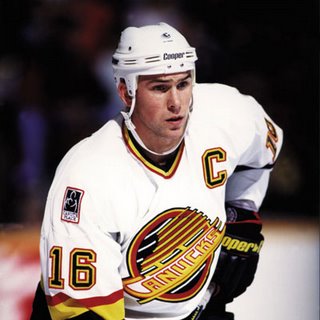 Trevor Linden could have ended up being the captain of the Dallas PrettyDamnGoods...

Once people get past the fact that hockey is being played in a state dominated by fantastic steak houses, BBQ, country music and oil money (oh, don’t forget the Dallas Cowboys), they actually realize that the Stars have been a fairly successful little hockey franchise.

And if you had to point to one moment that made (or conversely, could have broken) the Stars in , just look at what the then-North Stars did with their No.1 pick in 1988. After some debate, the Stars rolled the dice with little Mikey Modano instead of the safer pick of Trevor Linden.

This great article inspired such a chilling thought. You at least need to check out the second photo of Modano, who looks like an '80s teen comedy villain (I can almost hear him screaming "Daaarsh!")

Would they still even be in if the meat-and-potatoes would have been their pick?

Who would be shagging Willa Ford right now?

Could the Vancouver Canucks have been a dynasty riding high on the unfair abilities of a Modano-Bure-Mogilny line while Mark Messier and the New York Rangers still would be left hunting for that elusive Stanley Cup?? 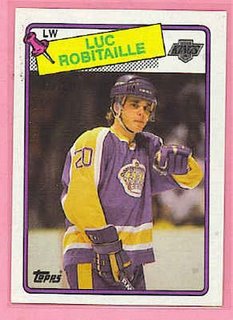 So, what are the most important draft picks the other (or perhaps I should say, real) Battle of California teams have made?

I’d love to hear some stories of the good times and the regrettable, not-so-good times.

If I had to venture a guess it would be:

But I’m all ears... Maybe we can even come to a consensus on the biggest draft-day bust of all the Battle of Californ-ee.