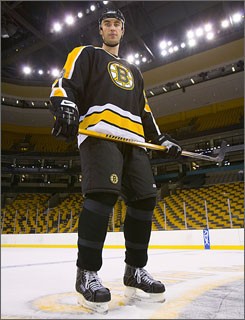 Really, who doesn't want to hear about Zdeno Chara (except Mike Milbury, heh)? And since there's been a few Battle of California + plus Boston! jokes floating around, I figured this would be the best time to relate a Chara story that might put him in the Gary Roberts - Bill Bradzke*-Chuck Norris league of Guys Whose Toughness Eventually Spawn Urban Legends.

The guy wanted to be completely alert and aware during shoulder surgery!

This also brings into the question: is Chara the best borderline circus act success story in sports? 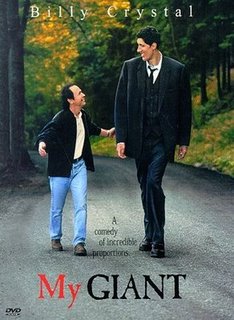 Shawn Bradley was like a nerdy mormon on stilts whose life was justified by athletic NBA players dunking mercilessly on him. George Mursean was as successful as someone who starred in a mediocre Billy Crystal movie can be.** And the jury's still out on Kimbo Slice.

(Let's not even touch the steep decline of Manute Bol.)

Being that I had a rough day at work, I assume I have to be missing a glaring example of circus act-turned sports great, so lay 'em on me.

And, the obligatory Shawn Bradley embed, because I'm a dick...(but not as much of a dick as the folks at Sportscenter, apparently)

* Is that how you'd spell that semi-beloved SNL "character?"

** I call "My Giant" mediocre because I haven't seen it. Which might, nonetheless, make my "critique" one of the gentlest the movie ever received...