Well, I blew it. Just a month after bringing in the Puck Drop’s Ken Armer to help cover the Ducks end of this blog, we’ve already parted ways. It’s entirely my fault for not doing any actual research on his newspaper-like writing style, but I think stylistically it created a clash of sorts, and I decided to pull the plug.

Nothing against Ken, who's definitely been enthusiastic about blogging for the Ducks, but if hockey blogging can be equated to a cereal box, Ken provides the straightforward listing of the FDA recommended daily allowances per serving, while BoC’s legacy is in providing the idiot kids’ puzzle on the back of the box. Both are certainly valuable functions, but it’s a wide open internet, and I decided that BoC should stick to its strong suits—creativity and original content. I don’t want to get this blog confused with "press release" sites; we try to keep it obvious which side of the glass we sit on.

Also factoring in: my "time-crunch crisis period" is nearly over. I’ll be moving down to Irvine over the next couple of weeks, but with a significantly shorter work commute I should be freed up considerably to devote a bit more time to Ducks writing and blog art.

So unfortunately, Ken got "Bochenski’d"—a short-term fill-in who didn’t fit in the grand scheme. Could this whole thing have been handled a lot better by Blog Overlord Sleek? Undoubtedly—I hate playing blogmaster if I don’t have to, and making a decision to part ways wasn’t easy on either of us, but I figure it’s for the best. Really, my lazy hiring was the culprit, and it boils down to the fact that I’ve been spoiled on this blog; I didn’t do hardly any research to investigate the writing of the other contributors, but we’ve evolved into a fairly blended style, none of which you’d find in a sports page or official site. 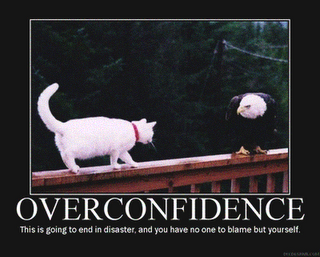 Anyways, full props to Ken for his contributions to this blog and handling the break-up very well. Ken’s certainly kept his chin up, and has already taken the BoC dream to the next level by starting up the Battle of the Pacific, which is in the process of recruiting contributors, but already has something we’ve never had—a voice for the Phoenix Coyotes. Go check it out; it certainly promises to break news faster than BoC’s laid back approach.

As for the Ducks, there’s been some minor news of late, but nothing that’s terribly post-inspiring. In terms of "big picture", after the Ducks were eliminated last spring, I listed out my five major questions for the summer, and most of them have been addressed. I’ve marked in bold the questions that still need resolving:

1. Is Scott Niedermayer going to retire, and if not, can the Ducks find a trade partner to take Mathieu Schneider off the payroll?

2. How much will Corey Perry sign for, and for how long?

3. Is Teemu Selanne going to play another year? If not, when's the retirement ceremony?

4. Is there any truth to the rumors of Brian Burke pursuing a GM position in Toronto or Vancouver?

5. What does the future hold for Jonas Hiller?

Other than the Lowe-Burke media feud and the unforeseen Bertuzzi buy-out and subsequent B-Mo signing, the summer’s gone very according to projection, I’d say. I keep getting in trouble for calling it a "boring summer" for the Ducks (we didn’t fire our coach or have any real money to spend), but considering last year’s shortest summer ever and next year’s mostly-empty roster, it’s probably a nice change of pace.

Still, with only two major issues remaining and two months until training camp, expect some more Sleek nonsense as the summer drags along.